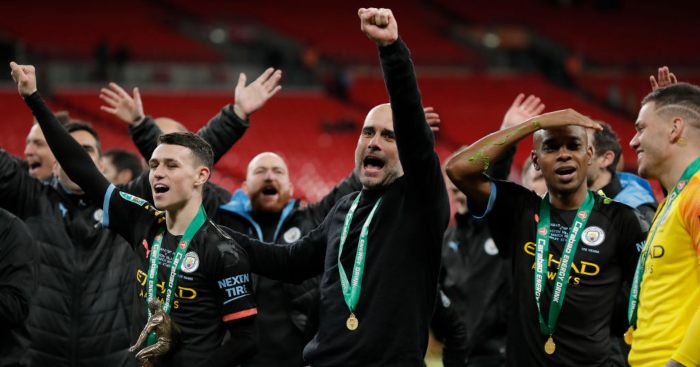 Manchester City’s two-season European ban has been lifted by the Court of Arbitration for Sport.

UEFA’s club financial control body (CFCB) sanctioned City in February for what it said was a breach of its Financial Fair Play (FFP) and club licensing regulations.

The CFCB said City had overstated sponsorship revenue in their accounts and in the break-even information submitted to UEFA between 2012 and 2016, and for failing to co-operate with its investigation.

City immediately signalled their intention to appeal, and CAS has now cleared them to compete in the Champions League next season and reduced a 30 million euro fine to 10m euros (just under £9million).

City issued a statement welcoming “the implications” of the ruling.

The statement read: “Whilst Manchester City and its legal advisors are yet to review the full ruling by the Court of Arbitration for Sport (CAS), the club welcomes the implications of today’s ruling as a validation of the club’s position and the body of evidence that it was able to present.

“The club wishes to thank the panel members for their diligence and the due process that they administered.”

CAS found that City had not disguised equity funding as sponsorship, but did say they had failed to co-operate with the CFCB’s investigation.

City’s appeal against the two-year ban was heard last month, and the outcome will be seen by the club as a vindication of their position since the beginning.

CAS found that most of the alleged breaches were either not established or were time-barred.

CAS decided that it was “not appropriate” to maintain the European competition ban, as the allegations of disguising owner funding as sponsorship, which were not proven, were more serious than the allegation about a lack of co-operation.

City were found to have breached Article 56 of UEFA’s club licensing and FFP regulations, which state that a licensee (club) must “co-operate with the licensor (UEFA) and the UEFA Club Financial Control Body in respect of their requests and enquiries”.

BREAKING: Manchester City’s two-year European ban has been lifted, and their fine reduced to €10M, by the Court of Arbitration for Sport pic.twitter.com/5jdT5RDKrr

UEFA said that despite the decision, both itself and the European Club Association “remain committed” to the principles of FFP, which are designed to ensure that clubs only spend what they earn.

UEFA released a statement which read: “UEFA takes note of the decision taken by the Court of Arbitration for Sport to reduce the sanction imposed on Manchester City by UEFA’s independent club financial control body for alleged breaches of the UEFA club licensing and Financial Fair Play regulations.

“UEFA notes that the CAS panel found that there was insufficient conclusive evidence to uphold all of the CFCB’s conclusions in this specific case and that many of the alleged breaches were time-barred due to the five-year time period foreseen in the UEFA regulations.

“Over the last few years, Financial Fair Play has played a significant role in protecting clubs and helping them become financially sustainable and UEFA and ECA remain committed to its principles.

“UEFA will be making no further comments on the matter.”

CAS said on Monday that the final award with reasons would be published in a few days.

The allegations against City – that the club were overstating sponsorship revenue – first surfaced in German magazine Der Spiegel.

The club immediately and vociferously denied the claims, but the investigatory chamber of the CFCB opened a case in March last year.

The decision means that fifth place will no longer have the potential to be a Champions League spot for next season, while the Europa League places will go down to seventh position as long as Arsenal don’t win the FA Cup.

A not-insignificant flip side of City getting the ban overturned is that the race for fourth is now much more tense and dramatic after Chelsea and Leicester defeats at the weekend..