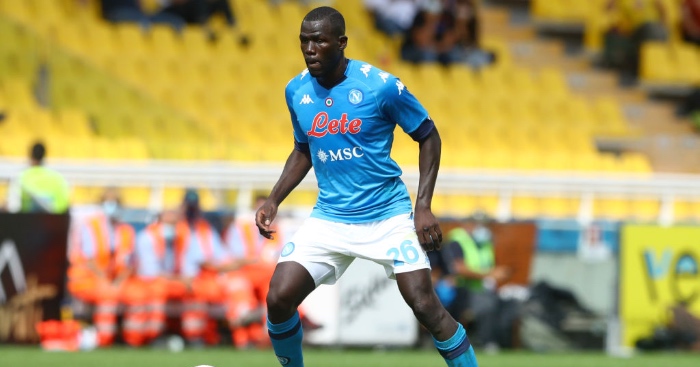 Man City chief Omar Berrada has said that the club was never in contact with Napoli over the signing of Kalidou Koulibaly during the summer transfer window.

City were closely linked with a move for the Senegalese international to improve Pep Guardiola’s defensive options in time for the new campaign.

A deal never came about, however, and City instead brought in Nathan Ake from Bournemouth and Ruben Dais from Benfica.

Now Berrada has revealed that City never discussed a deal for Koulibaly with the Italian side, despite intense rumours that the player would move to England.

He told The Athletic (via Goal): “The truth is, we never were in negotiations with his club at all about him.

“It was very interesting to see the amount of noise that was coming out from certain media outlets and social media.

“I smiled because there were certain instances where people were reporting that the deal was agreed, done, about to happen, he was going to be announced in a few days, when we were never in touch at all with Napoli about him.

“He’s definitely a top, top player, so some consideration was given to him, but really within some parameters that were very clear to us — and those parameters never came into play, so he was never really considered in that sense.”

Koulibaly remains one of the highest valued defenders in the world and could still move to the Premier League through rivals Man Utd.

When asked about the signing of Dias, Berrada said: “I don’t think we overpaid for Dias at all.

“We looked at multiple candidates, top centre-backs in Europe, and this was by far the best valuation, once you consider age, experience, current talent and future potential.

“He was by far our No.1 target in that sense. Some of the valuations we were given for other players were a lot higher.”

When they return from the international break, Guardiola’s side will play Arsenal at home on Saturday 17th October.