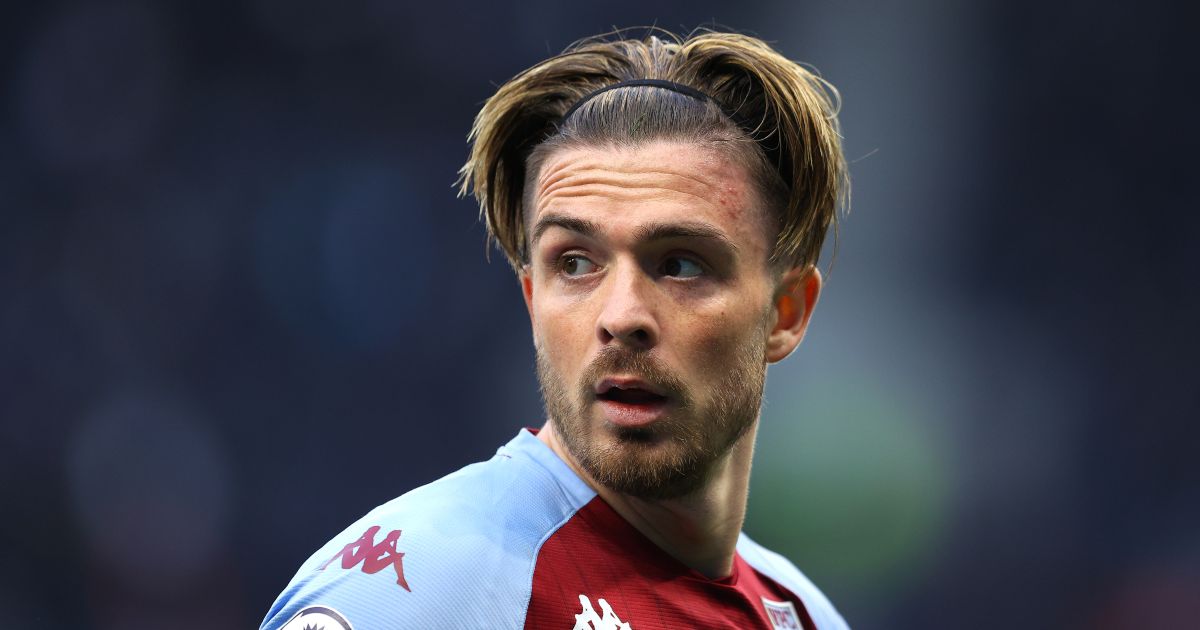 Manchester City are set to confirm a £100m deal to sign Jack Grealish from Aston Villa today, according to reports.

There have been rumours Grealish would leave Villa Park this summer after helping England to their first major final since 1966 at Euro 2020.

City’s interest has been consistent throughout the summer and now they look set to break the British transfer record for the Villa man.

The Citizens have reportedly triggered his £100m clause, which will eclipse the £89m Manchester United paid Juventus for Paul Pogba, making Grealish the most expensive footballer in British football history.

The Daily Mail claim that Grealish ‘will complete his £100million move to Manchester City today’ after holding discussions with Villa sporting director Johan Lange and making it clear he wants to take ‘the next step up in his career’.

With Grealish ‘due in Manchester to sign his contract’, despite being offered ‘good terms to stay’, Villa are now ready to ramp up their pursuit of their remaining summer transfer targets.

The reports adds that they will look to add ‘Southampton’s James Ward-Prowse, Chelsea’s Tammy Abraham, Todd Cantwell of Norwich City and Manchester United defender Axel Tuanzebe’ to their squad this month.

Before today’s report, former Aston Villa striker Gabby Agbonlahor said that he was “confident” Grealish would stay at the club.

Agbonlahor said: “It’s a very difficult situation. Earlier on in the transfer window when I saw Emi Buendia come in, I had a little feeling that Villa were being a bit clever and get their business done early before transfers happen.

“Then when I see Leon Bailey, that gave me a bit of a worry. Aston Villa are not going to sign Leon Bailey for him to sit on the bench, he’s going to be a starter. That worried me.

“I just think, he’s probably having talks with the owners who will not want to lose him. I am confident he will stay. He loves Aston Villa, he’s the captain, he’s got into the England squad playing for Aston Villa.

“The club want to keep spending and bringing in players. I’m sure they are not far off matching what Man City can pay, financially. I just hope he will stay.

“He’s already a Villa legend but he can become their best-ever player if he stays.

“I’m just hoping he stays. It’s a long month before the window closes. Villa fans probably wish it would close before the season starts but we’ve got a long month ahead of us.