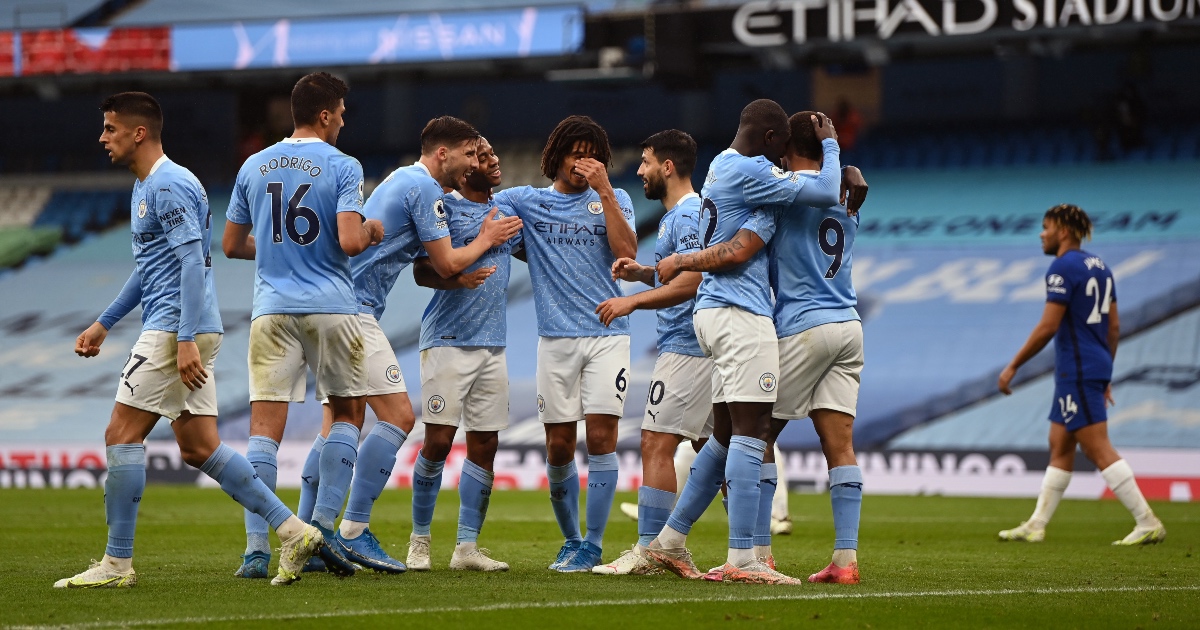 Man City were confirmed as Premier League champions once again after Manchester United were beaten 2-1 at home by Leicester on Tuesday night.

Man City missed the opportunity to secure a third league title under Pep Guardiola on Saturday when a missed penalty from Sergio Aguero proved costly as Chelsea came from behind to win 2-1 at the Etihad Stadium.

United beat Aston Villa on Sunday and needed another victory to delay the celebrations once again – but a side showing 10 changes could not see off the Foxes, who took an early lead through a fine volley from teenager Luke Thomas which was cancelled out by Mason Greenwood’s neat finish.

Caglar Soyuncu headed in a corner midway through the second half to secure all three points, which left City as champions with three games still to play.

Even if United, set for a rescheduled league match against Liverpool on Thursday as well as the Europa League final, could have produced the required performance, it would have only delayed City’s seemingly inevitable march towards the title.

Guardiola will now take his side to Newcastle on Friday safe in the knowledge of having delivered another major trophy back to the Etihad Stadium, reclaiming the league crown from Liverpool.

City, though, will also have European dominance firmly in their sights, with the chance to set the record straight when they tackle Chelsea in the Champions League final on May 29.

Speaking about the success, Guardiola said: “This has been a season and a Premier League title like no other. This was the hardest one.

“We will always remember this season for the way that we won. I am so proud to be the manager here and of this group of players.

“They are so special. To come through this season – with all the restrictions and difficulties we’ve faced – and show the consistency we have is remarkable.

“It is relentless. Every single day, they are there, fighting for success, trying always to be better. They have been so, so resilient.”