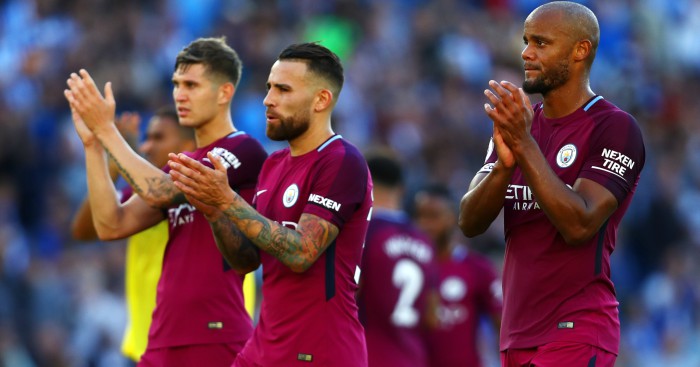 Pep Guardiola has highlighted the contribution of Nicolas Otamendi to Manchester City’s stunning start to the season.

City’s attack may have captured much of the attention but their defence has also been impressive, having conceded only four goals.

Centre-backs John Stones and Otamendi have formed a solid partnership in the absence of captain Vincent Kompany through injury.

Speaking at a press conference on Friday, Guardiola highlighted the performances of Otamendi, who has shown signs of considerable improvement this term.

Guardiola said: “He is one of the players with the strongest mentality I have met in my life.

“He’s a guy who just wants to learn in terms of ball possession and he was always strong in the air.

“He really wins duels, which is especially necessary here in England, and he has the courage to play. Even when he makes mistakes it doesn’t matter.

“I’m really impressed with the level he has and I’m so happy with him.”