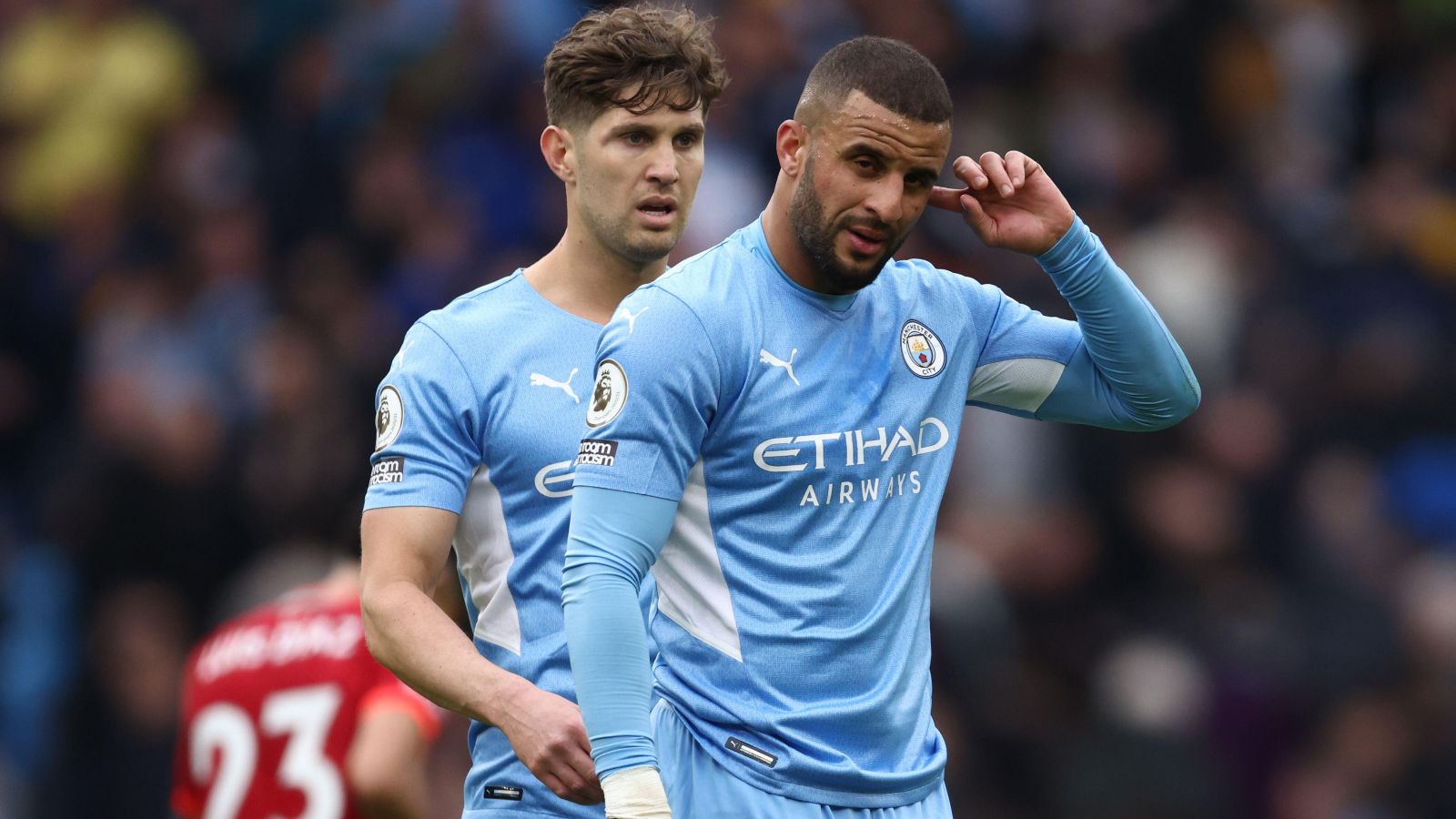 Man City duo John Stones and Kyle Walker have both trained ahead of their game against Aston Villa at the Etihad on Sunday.

The two players were expected to miss the rest of this season after picking up injuries in recent weeks.

So this is a lift for Pep Guardiola’s side, who will be looking to retain the Premier League on Sunday afternoon.

Man City head into the Villa clash at the Etihad Stadium leading Liverpool by one point. Victory will guarantee the title regardless of the result in Liverpool’s home game against Wolves.

City have been badly hit by defensive injuries in the run-in with centre-back Ruben Dias currently out with a thigh injury and Nathan Ake playing lately in spite of an ankle problem.

Aymeric Laporte and midfielder Fernandinho, who has been pressed into emergency action in the back four, were also doubts prior to last week’s game at West Ham but did eventually play.

Stones has not played since hobbling out of the first leg of City’s Champions League semi-final against Real Madrid on April 26 with a thigh injury. Walker has missed eight of the last nine games with an ankle problem.

Guess who's back? 👀#ManCity pic.twitter.com/AFujlAeAkh

Elsewhere, according to reports, Man City midfielder Ilkay Gundogan is ‘free to find another club’ this summer with Arsenal and Barcelona interested.

Gundogan’s contract expires at the end of next season – alongside Gabriel Jesus and Raheem Sterling – with the club open to letting him leave this summer, according to the Daily Mail.

The report states that an extension to his current deal is ‘unlikely’ meaning the Premier League champions are eager to receive a transfer fee as opposed to losing him for nothing.

Fabrizio Romano reports that ‘talks are ongoing’ between the player’s agents and the City board, whilst noting that Arsenal, Barcelona and numerous Bundesliga clubs are interested in a summer move.