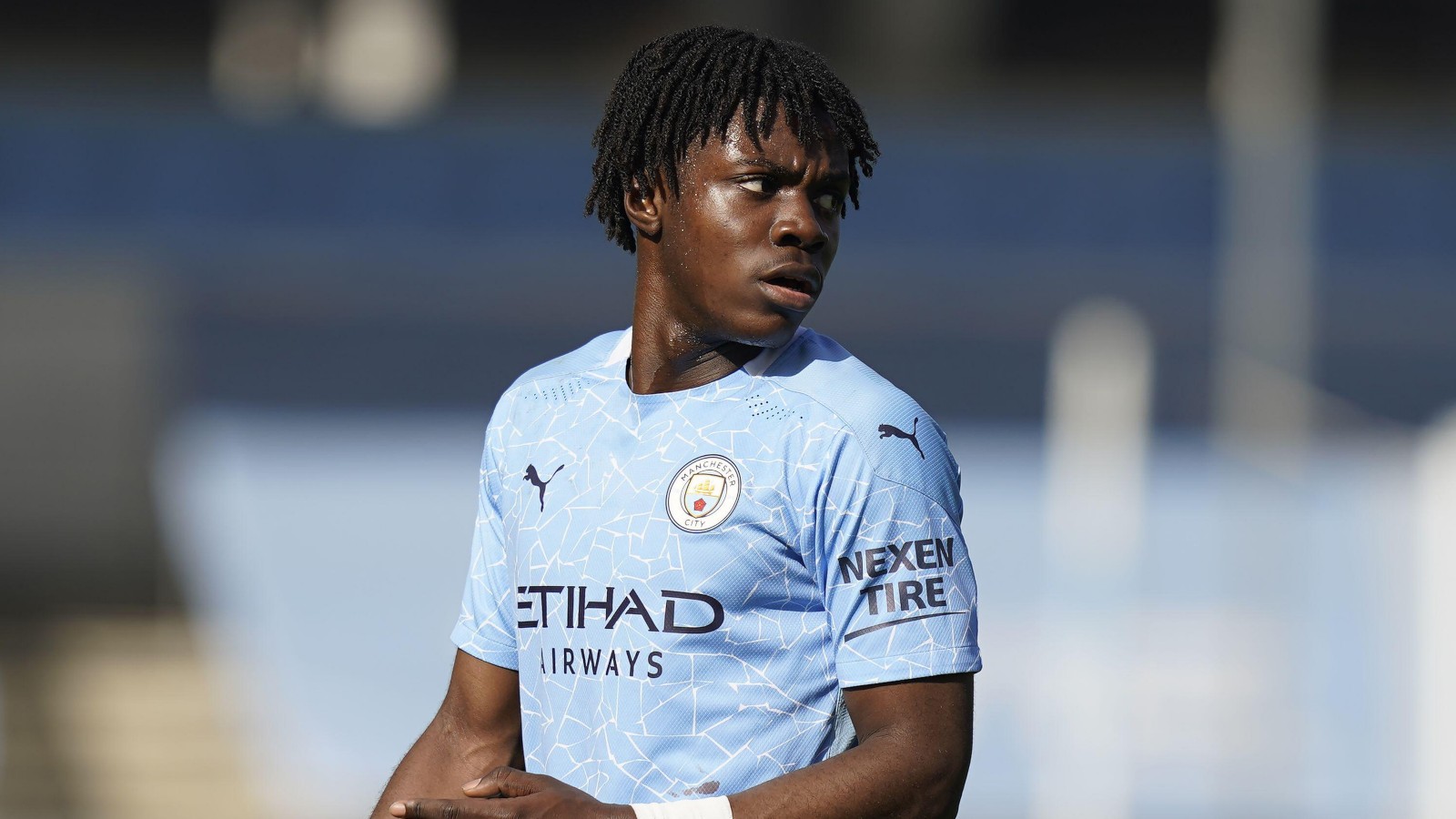 Liverpool will somehow multiply their investment on Ben Davies despite him never playing for them. Man City dominate this summer transfer XI.

The following players have all been sold for fees by top-flight English clubs this summer, having never played a single Premier League game for the team in question.

GOALKEEPER: Gavin Bazunu (Man City to Southampton, £12m)
Jay Lynch must have high hopes for his move to Fleetwood this summer. The former Manchester United academy product manned the net for Rochdale this past season, following in the footsteps of loanees Robert Sanchez and Gavin Bazunu. Considering the subsequent success enjoyed by both his most recent predecessors, that is a positive omen. Sanchez parlayed his League One gap year into a compelling argument for a Brighton opportunity, while Bazunu used it to earn a more favourable move to Portsmouth, where he was recently named Players’ Player and Player of the Season. The Irishman will take up permanent residence on the south coast as Southampton seek more clarity and stability between the sticks. Fraser Forster played 19 Premier League games in 2021/22, with Alex McCarthy and Willy Caballero sharing the rest. Bazunu has already impressed in pre-season and the spot is his to lose.

Man City must be pleased to have turned an initial £420,000 investment in a Shamrock Rovers teenager into an eight-figure net-spend booster. Bazunu never made as much as a bench at the Etihad but established himself as an Ireland international and busied himself saving Cristiano Ronaldo penalties long before his parent club’s radar managed to pick him up.

CENTRE-HALF: Ko Itakura (Man City to Borussia Monchengladbach, £4.3m)
The Premier League champions are particularly proficient at that kind of low-level upscaling: signing players for relatively low fees, immediately sending them elsewhere and eventually moving them on at a profit, with their degree of input generally rather minimal. Those treacherous FFP waters have been navigated with calm by Man City for years through this method as the club’s mere presence on a player’s CV significantly boosts their value. Ko Itakura is one such case, purchased for £1m in January 2019, shipped to Groningen for two-and-a-half years, moved on to Schalke for another season and then sold to Borussia Monchengladbach for more than £4m this summer, without ever coming even vaguely close to the Man City first team.

CENTRE-HALF: Ben Davies (Liverpool to Rangers, £4m)
“I’ve never actually been to Anfield and I haven’t had a look around yet,” said a surprised Ben Davies in February 2021. The former Preston centre-half did at least get the opportunity to inspect the famous stadium as an unused substitute in five home games. But while Liverpool’s famous defensive injury crisis opened the door for Fabinho, Nat Phillips, Ozan Kabak, Jordan Henderson and Rhys Williams to fill in, Davies never actually crossed that threshold onto the pitch. His first six months were spent as back-up before a fruitful year of rediscovery at Sheffield United. That fine season in Yorkshire renewed interest from Scotland in the 26-year-old, who was on the brink of joining Celtic until Liverpool’s desperate winter swoop. But it is Rangers where the defender is headed, with a guaranteed £3m laid down. Liverpool spent £500,000, recouped that outlay in the loan fee paid by Sheffield United, then multiplied their investment by at least six times and perhaps as many as eight on a player they never used.

CENTRE-HALF: Cameron Carter-Vickers (Tottenham to Celtic, £6m)
For Tottenham and Cameron Carter-Vickers, the seventh time was the charm. The centre-half rose through the academy at White Hart Lane and did feature in the first team, playing two FA and League Cup games each under Mauricio Pochettino in 2016/17, then returning for a surprise cameo in a Europa Conference League defeat to Pacos de Ferreira last August. But a Premier League place was never forthcoming and half a dozen spells in the Championship were hardly more productive. Carter-Vickers was packed off to Sheffield United, Ipswich, Swansea, Stoke, Luton and Bournemouth – teams who finished 10th, 12th, 10th, 15th, 19th and 6th respectively in the corresponding seasons – between August 2017 and October 2020.

It was only when Celtic drafted in the American that Carter-Vickers started to come into his own. He played 45 times and only Callum McGregor (4,432) and Carl Starfelt (4,397) featured for more outfield minutes than the defender (4,064) in Ange Postecoglu’s excellent debut season at Parkhead. Carter-Vickers “really wanted to be part of the club’s future” and a £6m, four-year deal benefits all parties involved.

RIGHT WINGER: Pedro Porro (Man City to Sporting Lisbon, £7.2m)
Moves for Erling Haaland, Kalvin Phillips, Julian Alvarez, Marc Cucurella and even sodding Neymar have to be offset somehow and Manchester City’s book-balancing has been ruthlessly efficient this summer. Raheem Sterling and Gabriel Jesus are gone. Oleksandr Zinchenko will likely follow. Speculation persists over Bernardo Silva and Nathan Ake, although the indication is that both will stay. And then in come those aforementioned sales which seem random but are instead proof of a club with a coherent plan and enviable structure. Much like goalkeeper Bazunu and a couple more players to come, Pedro Porro’s lack of actual Man City experience did not prevent them from making millions. His debut at the Etihad Stadium came in March, two and a half years after he joined from Girona for £11m, when Sporting Lisbon came to visit in the Champions League. “I haven’t been lucky enough to meet Pep, but I’m looking forward to it,” the optimistic Spaniard said before that game; Sporting subsequently triggered Porro’s buy-out clause of £7.2m. Hopefully the pair caught a quick five minutes in the tunnel.

CENTRAL MIDFIELDER: Romeo Lavia (Man City to Southampton, £14m)
The belief is that Man City negotiated a £40m buyback option in the sale of Romeo Lavia to Southampton. The Belgian youth international was seen as a natural long-term successor to Fernandinho, guiding the U23s to the Premier League 2 title as Player of the Season in 2020/21. The midfielder was slowly elevated into the first team as a result, regularly training with the elite, making Champions and Premier League matchday squads and playing in the FA and League Cups. But the teenager sought opportunities which could not be assured when competing with Rodri and the incoming Phillips, with the smaller pond of Southampton preferable to swimming in Guardiola’s ocean.

CENTRAL MIDFIELDER: Dylan Levitt (Manchester United to Dundee United, £320,000)
“I spoke to Erik ten Hag when I was doing my medical tests down there. I spoke to him very briefly. It was a hello and goodbye!” said Dylan Levitt the 21-year-old belying his years with introspective wisdom. “Sometimes you’ve just got to move on and build a career, even if that means getting out,” he added of the difficult decision to leave the boyhood club he had joined aged just eight. Levitt made a solitary Manchester United appearance, starting the 2-1 Europa League defeat to Astana in November 2019, then moved on loan to Charlton, Istra 1961 and Dundee United as it became increasingly apparent that McFred was not for moving. His contribution to a successful tilt at European qualification as the Fans’ Player of the Year was recognised by the Terrors. Manchester United pocketed six figures and a 25% sell-on clause.

CENTRAL MIDFIELDER: Darko Gyabi (Man City to Leeds, £5m)
Until the summer of 2020, the entirety of Darko Gyabi’s conscious life was spent with Leeds outside the Premier League. The midfielder was born in February 2004 and the Whites were relegated from the top flight three months later, not to return for over a decade and a half. But since re-establishing themselves among the elite, Leeds have cultivated a reputation for developing young talent. Gyabi will hope to follow in the footsteps of Joe Gelhardt and after winning league championships with two different age groups at Man City, a senior spot surely beckons.

LEFT WINGER: Jack Clarke (Tottenham to Sunderland, £10m)
A total of 517 days passed between Tottenham signing Lucas Moura and Jack Clarke, with no arrivals of any kind in between. The north London club reached a Champions League final and sort of threatened another title push in the interim but by the time negotiations with Leeds were underway over Clarke, some supporters could barely contain their excitement at actual transfer developments. The winger was sensibly loaned straight back to the Whites for the season to aid his progress; Marcelo Bielsa showed no desire to play with another club’s toy and Clarke was recalled early, returning not to Mauricio Pochettino’s Spurs but the happy-go-lucky Jose Mourinho edition. Clarke was sent straight out to QPR, then Stoke and most recently Sunderland, cramming in four Tottenham appearances in between, none of which were either starts or in the Premier League.

The promoted Black Cats have picked him up permanently. If Tottenham get their money back then Daniel Levy is a witch.

Understand the Jack Clarke fee will be a low initial one but future add-ons could see the deal reach around £10m. https://t.co/CRMpa1OMe3

ATTACKING MIDFIELDER: Meritan Shabani (Wolves to Grasshoppers, £270,000)
Barely 15 minutes into his Wolves debut, Meritan Shabani suffered the injury which would prevent his story from developing any further in England. The German, signed from Bayern Munich, was stretchered off with what was later discovered to be a ruptured anterior cruciate ligament against Reading in September 2019. After a lengthy recovery process, Shabani was sent to VVV-Venlo in the Netherlands but after five games he was struck down by a recurrence of the knee problem. Earlier this month, the Shropshire Star reported that ‘Shabani has recently been training with feeder club Grasshoppers, with a loan to the Swiss club likely’. But one thing clearly led to another and a permanent move was arranged for a player in need of a fresh start.

STRIKER: Renat Dadashov (Wolves to Grasshoppers, £315,000)
Also involved in that transfer was striker Renat Dadashov, who joined Wolves at a similar time and endured an anterior cruciate ligament injury of his own, requiring surgery and extensive rehabilitation. The Azerbaijan international was on loan with Grasshoppers at the time and Wolves sandwiched that spell with temporary moves to Pacos de Ferreira and Tondela. Grasshoppers showed patience and brought both Shabani and Dadashov in from sister club Wolves this summer to “significantly strengthen our offence”. That quote came from the Swiss club’s new sporting director, Sunderland and West Brom stalwart Bernt Haas. Lovely.