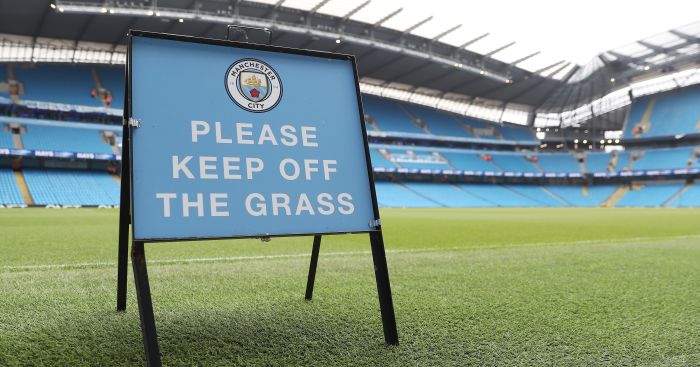 UEFA’s investigation into alleged breaches of financial fair play by Manchester City will continue after the club’s attempt to have it thrown out was ruled inadmissible.

City challenged the legitimacy of UEFA’s probe but the Court of Arbitration for Sport (CAS) ruled against the club because the legal process is not yet at an end.

The adjudicatory chamber of UEFA’s Club Financial Control Body can now hold a hearing into the matter, with City facing a possible ban from European competition.

UEFA opened an investigation in March following a series of reports in German news magazine Der Spiegel last year that suggested City had deceived the governing body about the club’s finances.

When it was deemed City did have a case to answer, the club reacted strongly, saying: “The decision contains mistakes, misinterpretations and confusions fundamentally borne out of a basic lack of due process.”

The CAS statement read: “In the present case, the decision rendered by the CFCB IC (investigatory chamber) to refer a case to the CFCB AC is not final and can therefore not be appealed to CAS directly.”

City fell foul of FFP rules in 2014 and were fined for what UEFA believed was the artificial inflation of deals with companies linked to their owner, Sheikh Mansour.

City accepted the sanction, which included a restriction on the size of their Champions League squad, but were eventually reimbursed with two thirds of their fine in 2017 for apparently complying with the rules.

However, the CFCB’s investigatory arm concluded that City lied to them during that investigation and passed the matter to the adjudicatory chamber for a decision on punishment.

A brief statement from UEFA read: “We acknowledge the decision taken today by the Court of Arbitration for Sport. We have no further comment to make.”