Home F365 Says Why are Man City fans not angry with Man City? 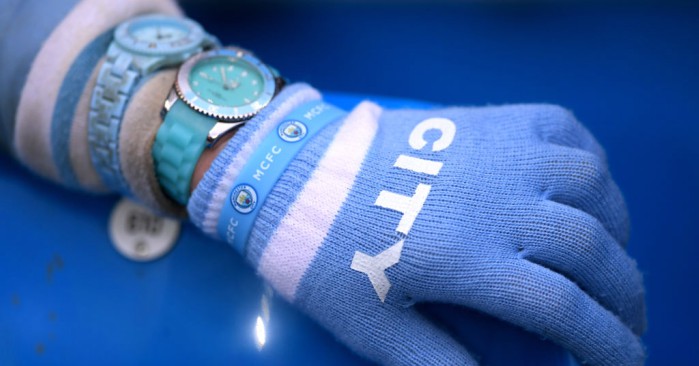 The people at the top of the sport no longer believe that football rewards their clubs in the right way. It doesn’t allow them to sell enough shirts, razor blades, bitcoins or tractors, and its capacity to re-engineer a country’s geo-political standing isn’t nearly as developed as it could be.

So, for those people, it has to change. Just for them – those two dozen – there must be more. More money, more power. And there must also be less. Less scrutiny, less competition, less sense that football is a sport, full of inconveniences like scorelines and unpredictable outcomes.

The ideal seems to be Formula One. A processional roll past the television cameras, at the end of which the same few teams always finish first and then, to celebrate, everybody does a back-flip off a yacht and into a luxury harbour.

UEFA’s announcement on Friday evening has hastened us towards that point. Back will come Manchester City. First with an army of lawyers to march on the Court of Arbitration for Sport. Then with a battalion of like-minded clubs, rolling their heavy guns into position before aiming them at the wounded body of football.

We know this. It’s happening right now. As we speak, somewhere in Europe, in some mahogany-filled room full of cigar smoke and the scent of cologne, there’s probably a huddle of billionaires tilting their whisky glasses and plotting, discussing new ways in which to harvest football’s money fields.

What’s strange is just how little resistance that cabal is facing. Officially, they’re being headed off by UEFA’s piecemeal appeasement, a death-by-a-thousand-cuts scenario which will result in a Super League by stealth. On a more local level, supporters are too busy squabbling amongst themselves to notice or even care about the more dangerous enemy. It’s hard to imagine a more illuminating context or one which makes the current discourse seem more pointless. The game’s future is at stake, the plates are shifting beneath our feet. Football now needs more scrutiny, not witless memes and unthinking denial.

What’s been interesting – disheartening, really – about the Manchester City episode is the flow of the anger. This is an era during which, time and again, fans have shown themselves perfectly capable of challenging owners. Over ambition, over discriminatory pricing, over future direction. Maybe not in a way that always brings victory, but still with the vigour befitting a worthy cause. The way a club behaves matters, it always has done. Performance is the variable, decency is the prerequisite.

Supporters have an excellent radar for that balance. They know when something is not right and they understand when it’s time to abandon loyalty and point fingers at their own club. The City fall-out has been a surprise in that regard. Not recently, because the tone was set many months ago, but – in specific relation to this FFP case – the lack of venom shown towards the club has been hard to rationalise.

Primarily because unless CAS overturns the ban, then the reputational damage suffered by the Abu Dhabi Group will be shared by the supporters. It is their club behaving in that way. Fandom is a reflection of self. It’s us versus them, me against you. Those proprietorial habits create the illusion of guilt by association and, as a result and in response, you would expect a few flares to be firing inward.

There are City supporters pointing fingers and doing a fine job of it under difficult circumstances. They’re harder to find, but they are there – just not quite in the strength expected. Perhaps its naivety speaking, but wouldn’t you be furious if your club put you in this situation? Regardless of the Financial Fair Play breaches, aren’t the ‘one down, six to go’ comments and the ‘we’ll do what we want’ emails enough to incite a retaliation?

The natural response to that should be incredulity. The reflex should not be to fall back into a defensive position and become ultra-aggressive, but to ask what it is that you – owner, with your transparently non-sporting objectives – think that you are doing with my club and its 140-year reputation.

There are ambiguities to this case. The whole principle of FFP and its reason for existence are rightly debated and arguments can be made on both sides. But at its core, irrespective of what now develops, this case has some troubling behaviours at its heart. There are details which are uncontested, which betray a transcendent malignancy and which, of course, no fan should ever have to defend.

And yet the argument continues. Journalists who report the deeper texture of this story continue to be abused and the wagons continue to be circled. But at what point will that end? CAS is City’s great hope now, but what if they uphold UEFA’s decision. Will that just be that? Will that judgement be accepted and, in response, will the pitchforks and torches just be quietly returned to their racks? Or will the conspiracy grow? Will it become ever more like an Oliver Stone film, in which the allegations are continually adjusted and re-shaped, remaining just agile enough to prevent anyone from having to backtrack.

It matters because there are bigger challenges ahead. It’s important because there are far more serious issues in the future than just whether Manchester City misled UEFA over their compliance with an arbitrary spending cap. When these clubs actually march on the sport, intending to alter its landscape for good, will they be held to account, or just be clapped through the streets because they’re wearing the right coloured shirt?

The gamble of the Superleague movement is that there are, collectively, so many fans of the involved clubs that the damaged minority just won’t matter. The assumption being that if it’s presented as serving the interests of the richest and best, then the fans of those teams will shout down the anguished howls from whomever’s left.