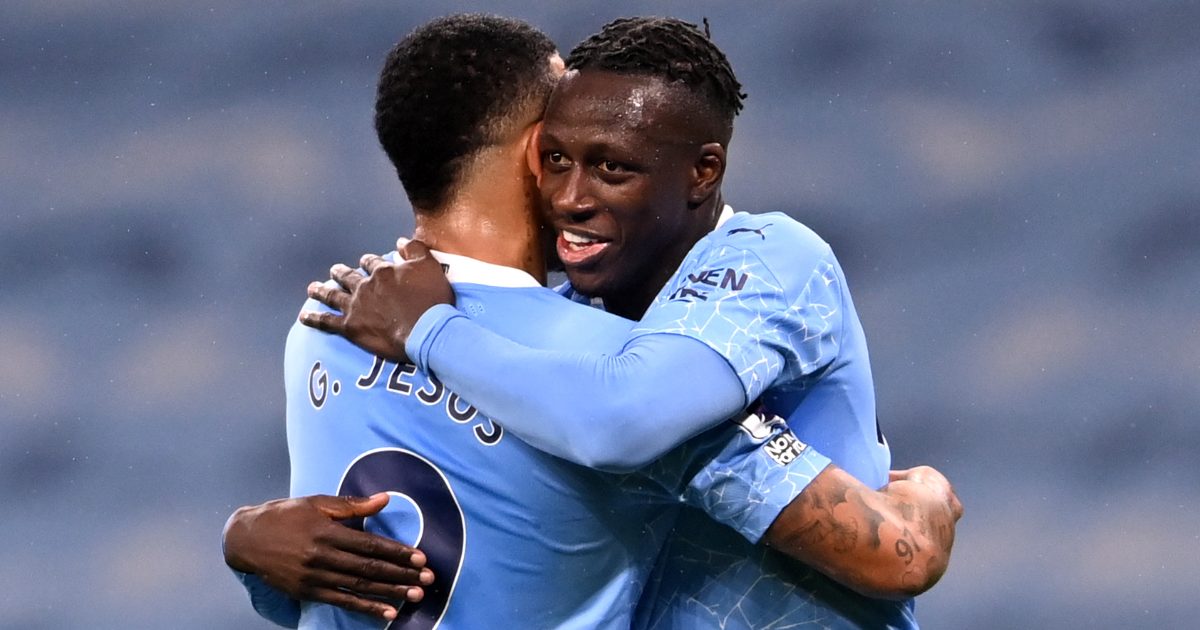 Man City left-back Benjamin Mendy is “being considered” by Serie A champions Inter Milan as a possible summer recruit, according to reports in Italy.

Mendy was part of the Monaco side that won the Ligue 1 title ahead of PSG in 2016/17. His form for them that season tempted Man City to spend £52m to bring him to the Premier League.

The full-back has struggled with injuries since his switch to City. He has only been able to feature 49 times for them in the Premier League across the last four seasons.

Mendy played 20 times for Man City across all competitions in 2020/21. But it seems that Inter Milan have not been deterred by his past injury troubles.

Italian outlet Corriere dello Sport (as cited by Manchester Evening News) have reported that Mendy is one of the left-backs “being considered” by Inter Milan.

“There’s a reason why (Sterling) is one of (Southgate’s) favourites. He’s always delivered for England and I’ve got to say I have never seen him play as well as this for Man City in a long time,” Hamann said.

“The first goal when he takes on Rudiger, just knocks it by him and runs past him – that spark has been missing from him.

“He’s done really well with huge competition (in the England squad). You can talk about Sancho, Rashford, Grealish coming on – but he has delivered.

“He has got them to where they are now, because the captain didn’t score (in the group stage) and he stepped up with three vital goals.

“People don’t warm to him for whatever reason. It was the case at Liverpool, it’s the case at Manchester City to an extent, and with England. But his numbers for England speak for themselves.

“What I hear from Manchester is that Guardiola is not keen on him anymore, so I think he will be on his way. I’m sure there will be takers, a lot of people will have him; it depends on whether they can afford him.”