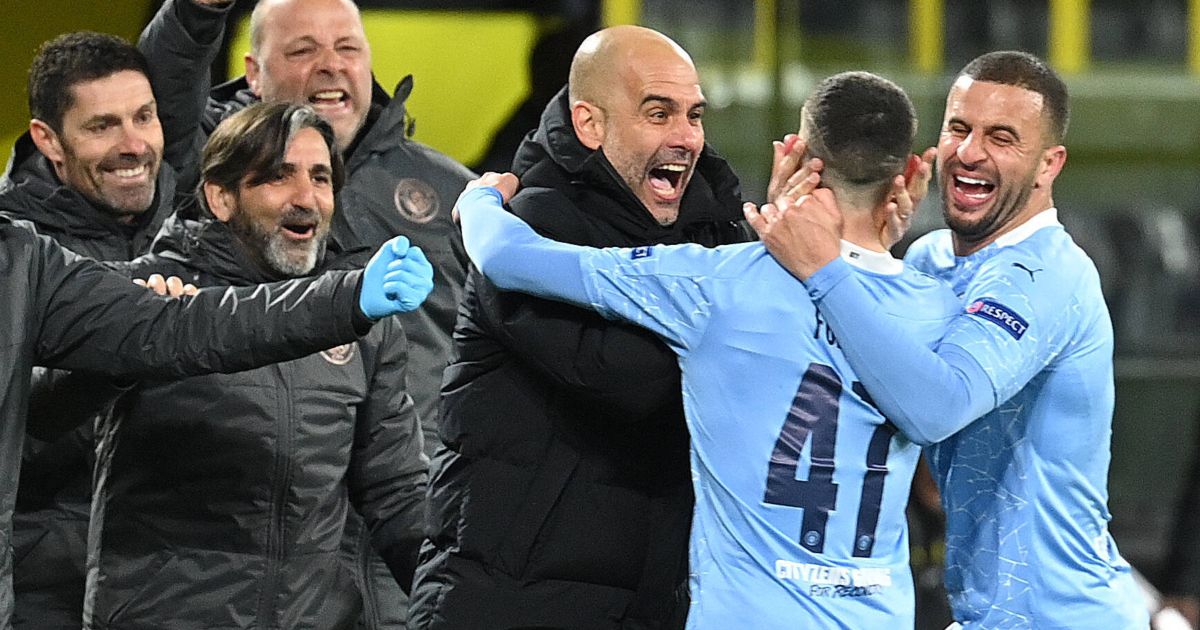 Manchester City boss Pep Guardiola says the “one secret” to consistency in football is very simple.

City realistically only need five more points to be Premier League champions and can even wrap up the title this weekend if they win and Manchester United lose to Liverpool.

With another title in sight and Carabao Cup glory already in the bag, City can potentially secure a historic treble if they can win the Champions League too.

And Guardiola says there’s only one secret to remaining consistent for many years: “the quality of the players”.

“We try to buy as good players to sustain it for a longer time.”

On his success in the Premier League since leaving Bayern Munich for City, Guardiola put it down to “the development, the facilities, professional in all departments, I came from Barcelona and Bayern and I know what I’m talking about – it’s more than just incredible players.

“[City] start to build with Mark Hughes, Roberto Mancini, Manuel Pellegrini and the others, sporting directors and CEO’s this decade – it’s been a successful period, it’s not just the people right now.”

Asked by a reporter whether he had a team of midfielders, Guardiola replied: “I like players who have the ability to keep the ball. It’s one of the principal things I am looking for. Players have to keep it in difficult circumstances.

“The success of the season so far is the humanity and quality of players. The second is not thinking much outside of the next game.

“When you have a team like this you can sustain it for a long time.”

On the prospect of edging closer to the title with a victory over Crystal Palace on Saturday, Guardiola added: “Tomorrow we have an incredible opportunity to make that step. We now recover from Paris – it’s our sixth game in a row away. We are tired in many aspects.

City beat Paris Saint-Germain 2-1 in the first leg of their Champions League semi-final on Wednesday and his “only concern” is his side’s recovery from that fixture.

Guardiola, who loves to rotate his team, continued: “We need five points to be Champions.”