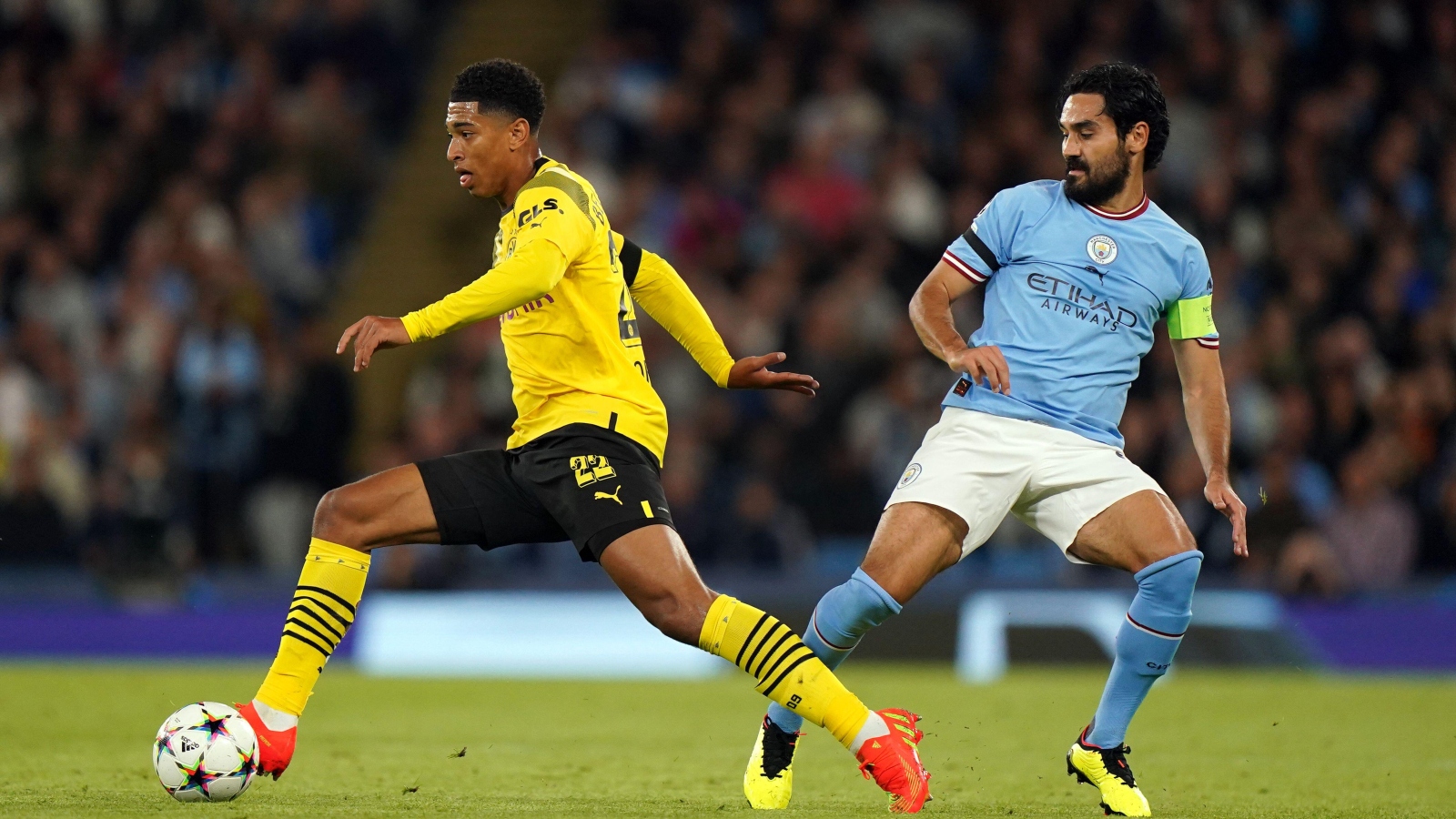 Jude Bellingham could join Man City in the winter transfer window, opening the door for Ilkay Gundogan’s exit, according to reports.

The Premier League champions are extremely interested in signing the Borussia Dortmund midfielder.

Bellingham joined the German club from Birmingham City in 2020 and has blossomed into one of the best midfielders in the world.

The 19-year-old is currently with England as they prepare for the 2022 World Cup in Qatar.

He is a player Man City know very well.

Bellingham played the full 90 minutes home and away in this season’s Champions League group stage matches against Pep Guardiola’s men.

And in 2020-21, the English teenager played in both legs of his side’s last-16 matchup against the Citizens.

The former Birmingham midfielder had a goal controversially disallowed in the first leg before netting at home as Dortmund were knocked out.

As well as Man City, there is interest in Bellingham coming from Real Madrid, Chelsea, Manchester United and Liverpool.

The Reds and Real Madrid are two of the favourites alongside City.

It is believed that City are leading the race, however.

Though Bellingham’s move is not expected to come until the summer, there are some rumours that he could move in the winter transfer window.

Dortmund qualified for the knockout stage of the Champions League, so may be unwilling to let their star player leave halfway through the season.

Having said that, Spanish outlet Mundo Deportivo say Man City are ‘very interested’ and a January transfer is not ruled out.

City are apparently 95 per cent sure that Bellingham will join a Premier League club.

It is said in the report that Bellingham’s move to the Etihad could open up the door for Ilkay Gundogan to join Barcelona.

Gundogan is out of contract in 2023 and could depart in January or as a free agent in the summer.

Barca are believed to be very interested in signing the former Dortmund man, which is no surprise given their recent track record of completing free transfers.

With his contract set to expire in seven months’ time, Gundogan has this week been discussing his future, hinting that Guardiola’s contract situation (also expiring in 2023) is stopping him from committing his future to City.

He also discussed rumours of a move to rivals Liverpool, who are managed by his former boss at Borussia Dortmund, Jurgen Klopp.

On a potential move to Anfield, Gundogan told Kicker: “I think I can rule out that happening!

“Everyone knows how much I like and appreciate Kloppo. But I’ve been at City for a few years now. And now as City captain to rival Liverpool? No, I can not imagine [it].”

On his contract situation, Gundogan added: “I don’t know if it has anything to do with age but I’m pretty relaxed about it.

“Even if it doesn’t sound like much anymore, the summer of 2023 still feels so far away. I’m not really worried about that at the moment.”

READ NOW: The top ten Premier League players of the 2022/23 season so far…