Home All The News Man City join Liverpool, Arsenal in race for Bissouma 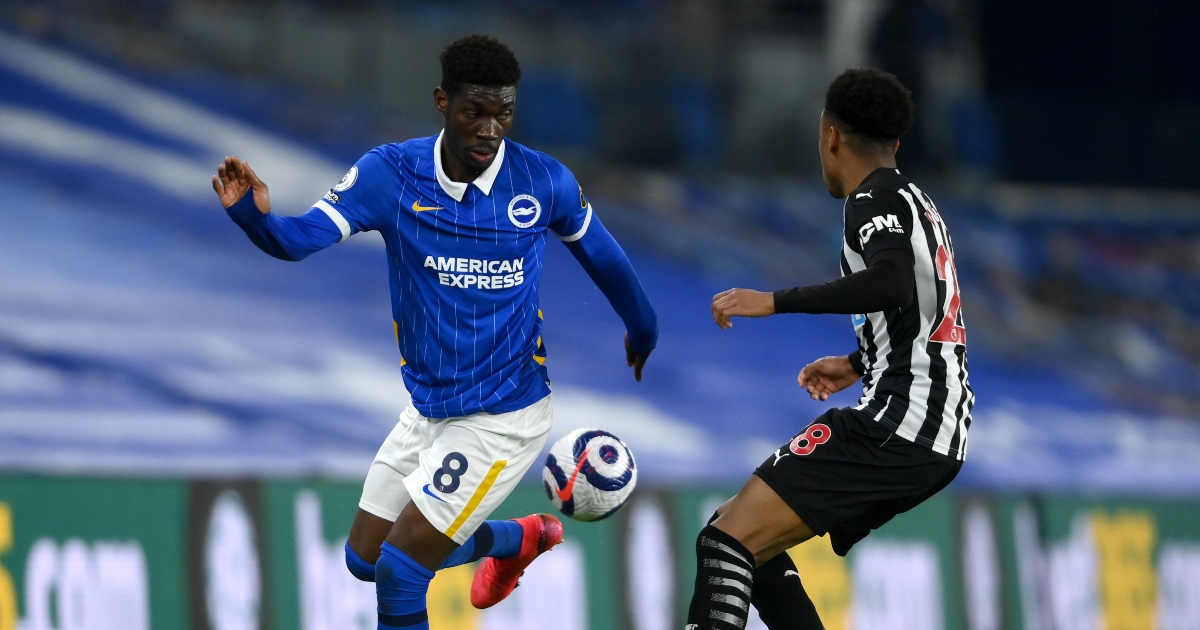 Manchester City have joined Premier League rivals Liverpool and Arsenal in the race for Yves Bissouma, according to reports.

The Brighton midfielder has caught the attention of England’s biggest teams with his impressive performances this season.

The Mali international was first linked with Liverpool as Gini Wijnaldum’s successor in midfield.

At the start of May, Mikel Arteta’s Arsenal were said to be leading the race for his signature.

But according to the Express, Man City will target the player this summer. They’re planning to launch a summer bid of around £30million, which is believed to be Brighton’s asking price.

Fernandinho’s future at the Etihad is under discussion and it looks like his decision will impact Bissouma’s future.

The Brazilian stalwart is now 36 years old, although you wouldn’t know it from his strong performance in the Champions League semi-final second leg win over Paris Saint-Germain.

If he decides to leave in the coming months, then City chiefs will bid for Bissouma. But if Fernandinho opts to continue his career in England, then a move will be put off until 2022.

Rodri was signed from Atletico Madrid two years ago and was expected to take over Fernandinho’s mantle as their midfield enforcer.

He’s earned Guardiola’s trust this season, helping them to storm towards the Premier League title, although Fernandinho’s experience was preferred in the second leg against PSG.

It seems City officials want another option in midfield to ensure their huge success continues in 2021/22.

Another position that needs reinforcements is centre-forward. Sergio Aguero will leave at the end of the campaign and is nearing a Barcelona switch.

Erling Haaland has been touted as his long-term successor. He will not come cheap, however, as Dortmund chief Hans-Joachim Watzke recently revealed the German side ‘do not have to sell one player’.

Watzke said: “When COVID-19 struck, we had no debt. Not one euro. Because of that, it is a comfortable situation. We do not have to sell a player. That is important.