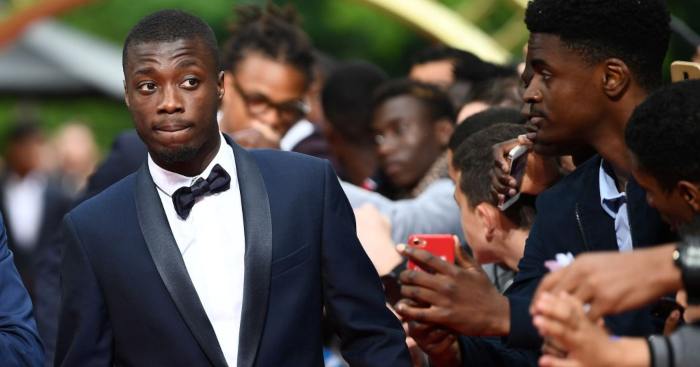 Liverpool are still in the race to sign Lille winger Nicolas Pepe with Manchester City now showing a strong interest, according to reports.

The Ivory Coast forward is one of European football’s hottest properties after scoring 22 goals in Ligue 1 last season – a mark only bettered by PSG’s Kylian Mbappe.

The Reds have already moved to distance themselves from claims they are trying to sign the 24-year-old, although reports in France claim that he is very keen on a switch to Anfield.

And Lille president Gerard Lopez recently confirmed that Liverpool have had “discussions” with Pepe‘s representatives.

Now, Spanish outlet Don Balon claim that City boss Pep Guardiola is looking to strengthen his squad by signing a winger this summer, and Pepe is the man he has top of the list.

The Spaniard is apparently ready to sanction a bid of €60million (£54million) in order to land Pepe, with doubts over the future of Leroy Sane – who could join Bayern Munich.

Both Barcelona and Bayern Munich are yet to make concrete moves which has allowed City into the race, but the report does mention that Liverpool are still in the race.

It has been suggested recently though that Pepe has only got eyes for a move to either Liverpool or Serie A giants Inter Milan.