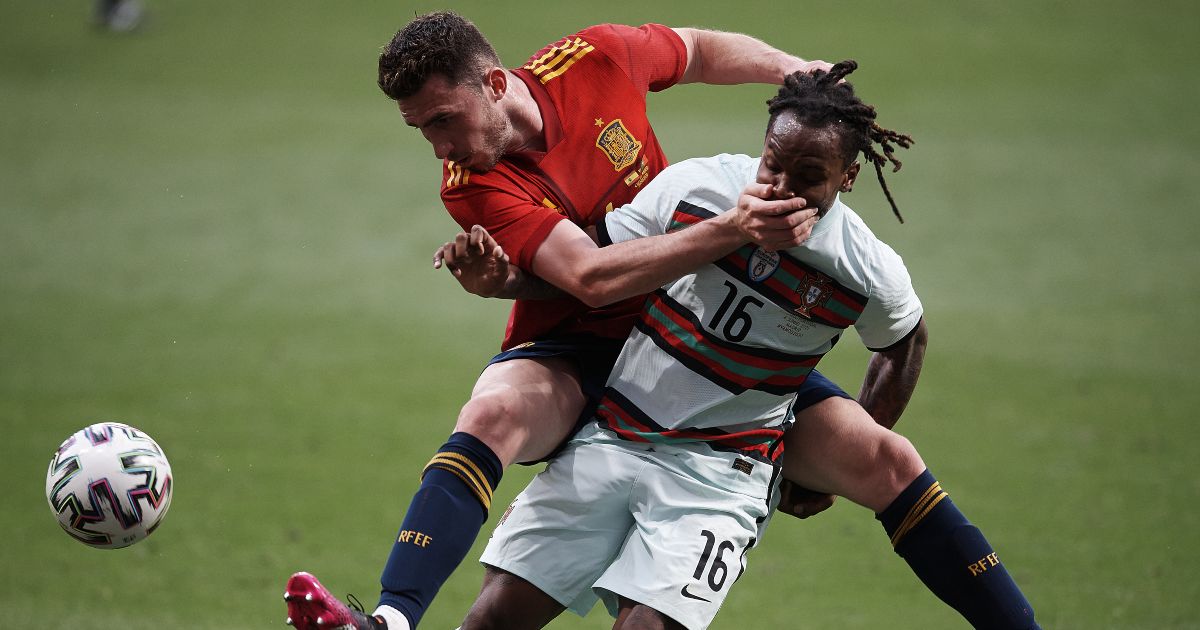 Aymeric Laporte is ready to leave Man City in the summer transfer window and wants the club to sell him to Barcelona, according to reports in Spain.

The 27-year-old’s time on the pitch was limited to 14 Premier League starts under Pep Guardiola last season with John Stones and Ruben Dias forming a solid partnership at the back.

Laporte did score the winner in the League Cup final as Man City beat Tottenham 1-0 for their first bit of silverware of the season, while his form was enough for Spain to call him up for the European Championship.

Is Raheem Sterling no longer a ‘footie idiot’ now?

Barcelona have already taken one centre-back off Manchester City this summer and now they are reportedly sniffing around for another.

The Catalans signed Eric Garcia a couple of weeks ago on a free transfer while also signing Man City legend Sergio Aguero.

Reports a week ago claimed Barca were ready to buy Laporte and were willing to offer a part-exchange deal including Sergi Roberto, while Laporte was believed to be one of a ‘dissatisfied’ trio who the Citizens are willing to sell to stump up the cash to land Jack Grealish and Harry Kane.

And now a ‘confidential’ report from Spanish outlet Sport (via Sport Witness) claims that Laporte ‘wants to come to’ Barcelona in the summer transfer window.

Laporte, who joined Man City from Spanish side Athletic Bilbao, ‘will seek to be transferred’ when he returns from the Euros and is ‘putting pressure’ on City to allow him to move.

Due to Barcelona’s mounting financial issues a transfer to the Camp Nou will be ‘difficult, but not impossible’ with Laporte ready to ‘do everything in his power to make it happen’.

Sport claim that ‘absolutely nothing can be ruled out’ despite the centre-back remaining ‘focused’ on Euro 2020.

Laporte’s decision to swap France for Spain ahead of the Euros was a controversial one with the defender facing criticism.

Speaking when the initial reports suggested Laporte could swap to Spain, former France international Jerome Rothen said: “When you sign up and feel French, you go with France. If you feel Spanish, you go with Spain. But don’t be opportunistic.”

While France and Arsenal legend Emmanuel Petit weighed in on the debate, he said: “So you can choose the country you want? Do you want to? He had claimed his love for the French team and suddenly went to Spain.”