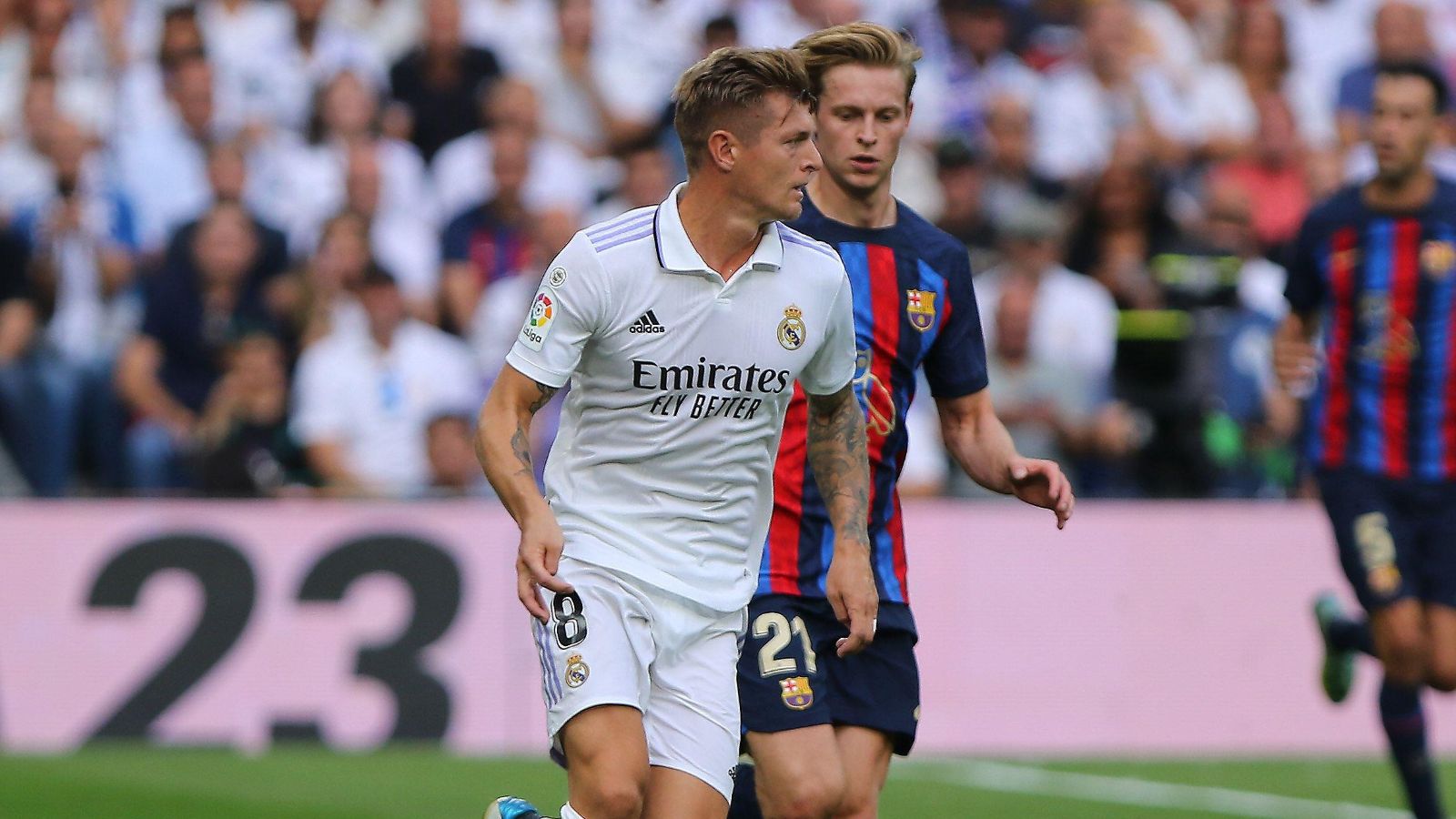 Man City are reportedly ‘leading the auction’ for Real Madrid midfielder Toni Kroos ahead of this summer as he has opted to leave the Spanish giants.

Pep Guardiola’s team is already quite unfair, and it may get even better next summer if reports in Spain are to be believed.

The 106-cap Germany star has been with Real Madrid since 2014. Around €30m was paid by the La Liga side to sign him from Bayern Munich.

Man Utd were said to be in the running to bring him in before David Moyes was replaced by Louis van Gaal towards the end of the 2013/24 season.

Kroos has been a sensation for Real Madrid as he has won the Champions League four times since his move.

The centre-midfielder is now 32 but he is showing no signs of slowing down.

He played the full 90 minutes in Madrid’s 3-1 win over FC Barcelona last week. El Nacional have stated that he was the ‘MVP’ in the victory.

Carlo Ancelotti considers him to be ‘untouchable’ and the ex-Chelsea manager hopes that Florentino Perez can get him to sign a new deal.

This will be difficult though as Kroos has already ‘made the decision’ to ‘betray’ Real Madrid when his contract expires next summer.

It is also noted that he has already turned down a contract proposal and this ‘surprised everyone’ at the club.

Given his recent form, it comes as no shock to hear that he ‘does not plan to end his career’ when this campaign draws to a close.

It is simply stated that he ‘wants a new adventure’ and he is ‘seduced’ by the idea of playing in the Premier League.

Kroos will not be short of options in the summer as Liverpool, Man Utd and Tottenham Hotspur ‘would be delighted’ to bring him in.

Yet the report highlights that Man City would be the team ‘leading the auction’ to sign him on a free transfer.

El Nacional have also broken down the deal that would supposedly be on the table for Kroos.

Man City have an advantage over their rivals as they can offer the midfielder a ‘winning project’. He would also be on an ‘incredible salary’ that would be ‘much higher’ than what he earns at Real Madrid.

City are also said to be offering Kroos more security than Real Madrid. He had a one-year deal on the table to stay, but the English side are offering him a two-year contract.

Another tempting factor in City’s favour is that his deal would include ‘an optional third year’ that would see him join MLS outfit New York City ‘if he so desires’.