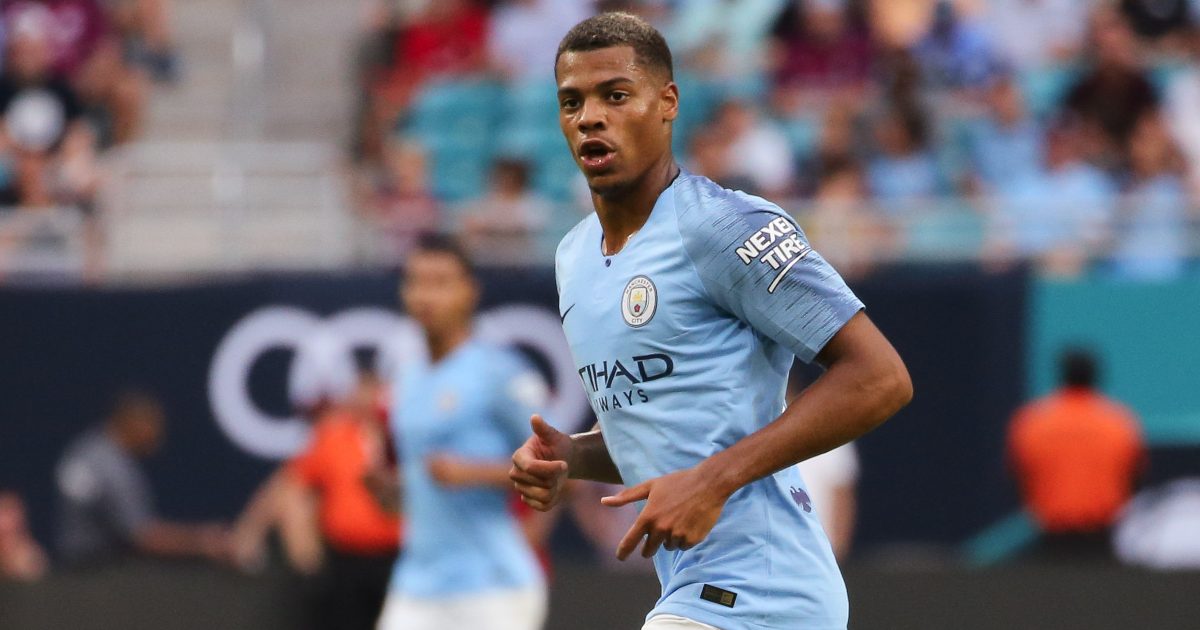 Man City legend Vincent Kompany kept Lukas Nmecha grounded as he made him feel like he was “still a little boy” during training sessions.

Nmecha came through the ranks at Man City and he made his senior debut for them during the 2017/18 campaign.

The striker was unable to establish himself as a regular for the Premier League side. Over the past few years, he has had loan spells with the likes of Middlesbrough and Wolfsburg.

Nmecha had a fruitful spell at Anderlecht last season before he re-joined Wolfsburg on a permanent deal this summer.

The 22-year-old has told Sport Bild that Kompany always “knocked [him] down” during training sessions for Man City:

“Vincent Kompany. When I was 18 years old, I often played against him in training at Manchester City.

“He always wanted to show me that I was still a little boy. Whenever I went past him, he knocked me down. But afterwards, I got tips from him.

“As a coach, he was even more important for me. He brought me to Anderlecht last season and let me play as a centre-forward for a complete season for the first time. I have made huge steps.”

Earlier this week, Rivaldo suggested that Gabriel Jesus is suited to playing out wide for Man City:

“Pep Guardiola moved Jesus from a central attacking position to a wing role and so far it’s suited the player.

“Cutting in from the wing and quickly getting into dangerous positions boosts his influence on the team. The role suits his qualities as a very versatile and quick player.

“This can also boost his confidence since he is no longer the striker with the most responsibility for scoring goals and it may allow him to play more freely. That could help him show his best qualities more regularly.

“I’m sure that Brazil manager Tite is paying attention to this and wondering if Jesus can add more to the national team at the World Cup in a wing role.

“It was a nightmare for Gabriel Jesus playing as a striker at the last World Cup and not scoring a single goal. He could also become a revitalised player for Brazil in a slightly different position.”