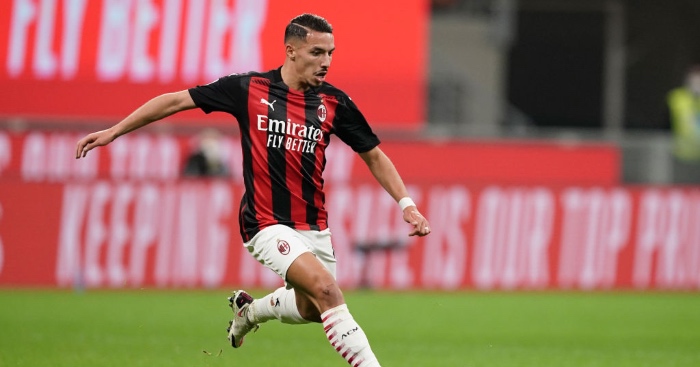 Man City are expected to move for AC Milan’s former Arsenal midfielder Ismael Bennacer in the summer, according to reports.

The Algerian international spent two years at the Emirates between 2015 and 2017.

He was unable to break into the Gunners’ first team and now plays in Serie A with AC Milan.

According to Sport Witness, City will target Bennacer in summer 2021 to improve their midfield options.

Arguably the most interesting part of this story is the player’s release clause.

He has a €50 million release clause which comes into effect next summer.

It’s apparently only available to countries outside of Italy, putting City at the front of the expected queue.

Italian rivals Juventus will be unable to sign the player at that price.

City officials will have to contend with PSG, however.

The French giants are the other European club believed to be monitoring Bennacer’s progress with Milan.

That means a bidding war could erupt next summer.

Man Utd have previously been linked with the player, although that interest seems to have cooled.

Bennacer came through the Arles academy in France before being snapped up by Arsenal back in 2015.

He never made a first time appearance during his time in England and moved to Italy in 2017.

Bennacer made over 70 appearances for his new club, Empoli, before joining Milan last year.

The player signed for a reported £14.3 million. He’s now become an important part of the Milan midfield.

The 22-year-old is a reliable central midfielder who can provide stability in behind the forwards.

He would be an effective long term replacement for the ageing Fernandinho. He could partner Rodri in Pep Guardiola’s midfield.

Bennacer is more defensive-minded than Ilkay Gundogan, which might be one reason why City have been linked with him.

It looks like Bennacer could make a surprising return to England next year with City.