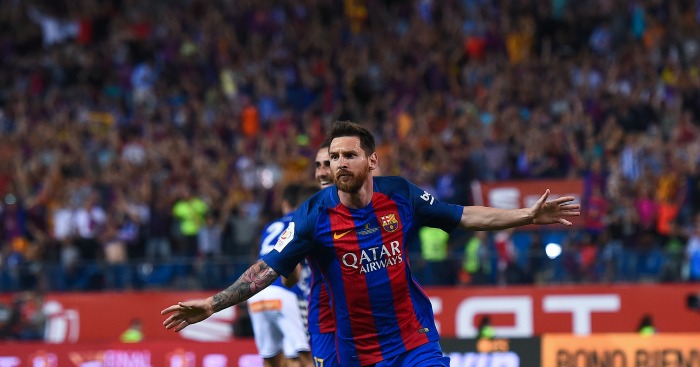 Ongoing talks between Man City and Lionel Messi are reportedly ‘at an advanced stage’ ahead of a summer move.

Messi has been closely linked with a move to the Etihad after he submitted a shock transfer request earlier this week.

The Argentinian superstar has become disillusioned with the direction of the club following a trophy-less season under Quique Setien.

FEATURE: Five reasons everyone must watch the Community Shield final

Despite Setien being sacked, Messi wants to move away from the Nou Camp. Man City, Juventus, PSG and Man Utd have all been touted with a move for the player.

City have since emerged as the favourites to sign Messi, with former Barca manager Pep Guardiola an important reason.

According to transfer expert Ian McGarry, talks between Messi and City are now ‘at an advanced stage’, which means a transfer could be concluded in the coming weeks.

Speaking on The Transfer Window podcast, McGarry said: “We can tell you that our sources, which of course fuelled the original story, have told us that contract negotiations with the Argentina and Barcelona captain are at an advanced stage, although no conclusion has been reached yet.

“These are very complex negotiations, partly because Messi earns so much money, around €90m gross currently at Barcelona, but also he earns just as much in image rights as he does in basic salary for his football.

“Therefore this is going to be quite a difficult contract to conclude, although Manchester City, we understand, are determined to ensure that they get the player’s signature.”

Signing Messi would be a remarkable signal of intent from the Manchester club.

They’re in the process of tabling an offer of £90 million plus three players in exchange for the playmaker.

The 33-year-old has previously talked about his determination to end his career at the Nou Camp, although the current direction of the club has forced him to reconsider.

One major stumbling block for a potential move is the dispute over Messi’s contract. The player believes that he can exercise a clause which means he can leave on a free transfer this summer.

Barca dispute this claim and have stated that he will only be allowed to leave if his £629 million release clause is met.