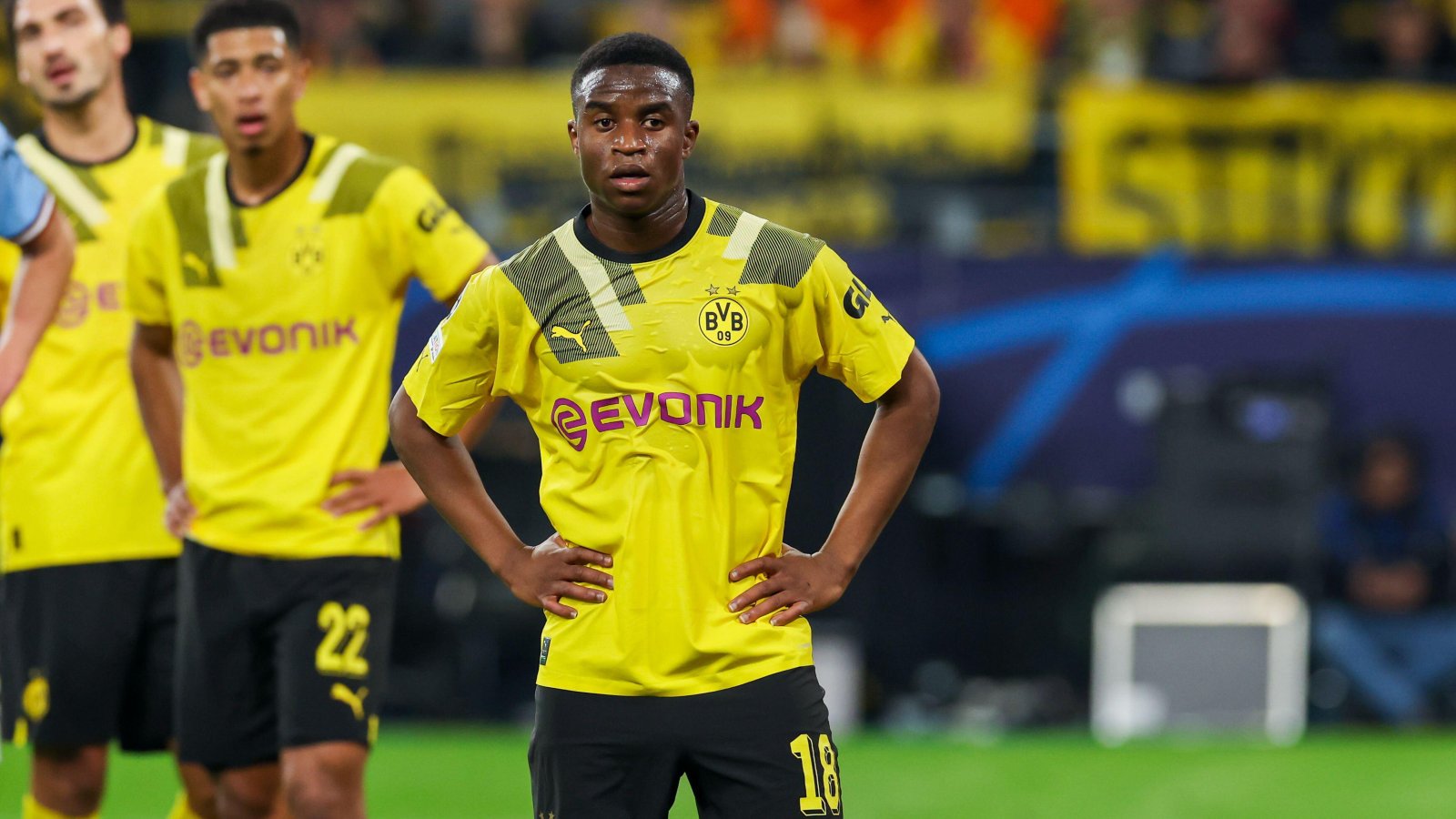 The 17-year-old made his debut for Dortmund the day after his 16th birthday in November 2020 and has now been a squad player for the last three seasons at the Westfalenstadion.

So far he has been limited to just ten starts in all competitions over his three campaigns but he has made 55 competitive appearances for the Bundesliga outfit.

And he’s already on four goals and three assists in 11 Bundesliga appearances this term with Dortmund fourth in the standings, behind Union Berlin, Bayern Munich and Freiburg.

On the international stage Moukoko has bagged six goals in five caps for the Germany under-21 side with the youngster seen in Germany as one of the nation’s biggest talents.

And he won’t be short of suitors if he decides to leave Dortmund in the near future with Football Insider claiming that Man City have ‘joined Liverpool in the race to sign’ Moukoko.

It is understood that Man City are looking ‘to follow up their capture of Erling Haaland the signing of his teammate from last season’ and their scouting department have been ‘keeping close tabs’ on the youngster.

Liverpool have been ‘interested’ in the German for a while with Jurgen Klopp and his recruitment team ‘huge impressed by the impact he has made at Dortmund’.

As well as Liverpool and Man City, Football Insider claim that ‘Paris Saint-Germain, Real Madrid and Barcelona are also monitoring the young forward’.

Another Dortmund player who will be subject of interest from both Man City and Liverpool in the summer is England international Jude Bellingham.

Liverpool reportedly made him their key target in the summer with the Premier League side ready to wait 12 months to land him as Dortmund refused to sell Bellingham and Haaland in the same transfer window.

But reports in recent months have indicated that Liverpool will have a lot of competition on their hands for his signature with Bellingham’s performances going up another level this season.

There was some encouragement for the English clubs recently with journalist Rudy Galetti insisting that Bellingham “prefers” the idea of moving to the Premier League.

And former Premier League striker and Bundesliga expert Jan Aage Fjortoft insists there is one unnamed club in particular that is pushing to make a deal happen next summer.

Fjortoft tweeted: “One club is working very hard behind the scenes to make this deal happening.”