Home All The News Man City, Man Utd tell Foxes they ‘will pay £65m’ for Maguire 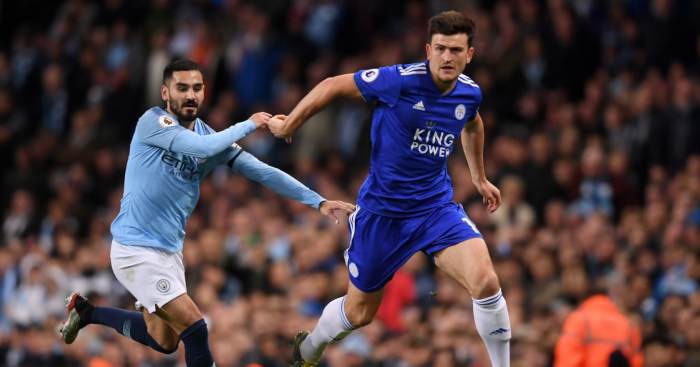 Manchester City and Manchester United are both willing to pay £65million for Harry Maguire, according to reports.

The Sun claimed on Tuesday that City ‘will not match’ the £80million that the Leicester City are asking for and instead value him nearer to £60million.

The report added that Maguire’s only way out this summer is to ‘plead’ for Leicester to drop their asking price.

However, Sky Sports claim that Maguire ‘won’t attempt to force a transfer’ but both Manchester clubs have told Leicester they are ‘prepared to pay £65m’ for the former Sheffield United defender.

Maguire is understood to be ‘open to the idea’ of a move but that the Foxes have ‘no desire or need to sell’.

United will provide ‘stiff competition’ for Maguire as Pep Guardiola comes ‘under pressure to add at least one English player to his squad this summer’ over the club’s homegrown player quota.

Previous reports have suggested that the England international would prefer a move to the Etihad Stadium which would bring Champions League football and likely trophies.