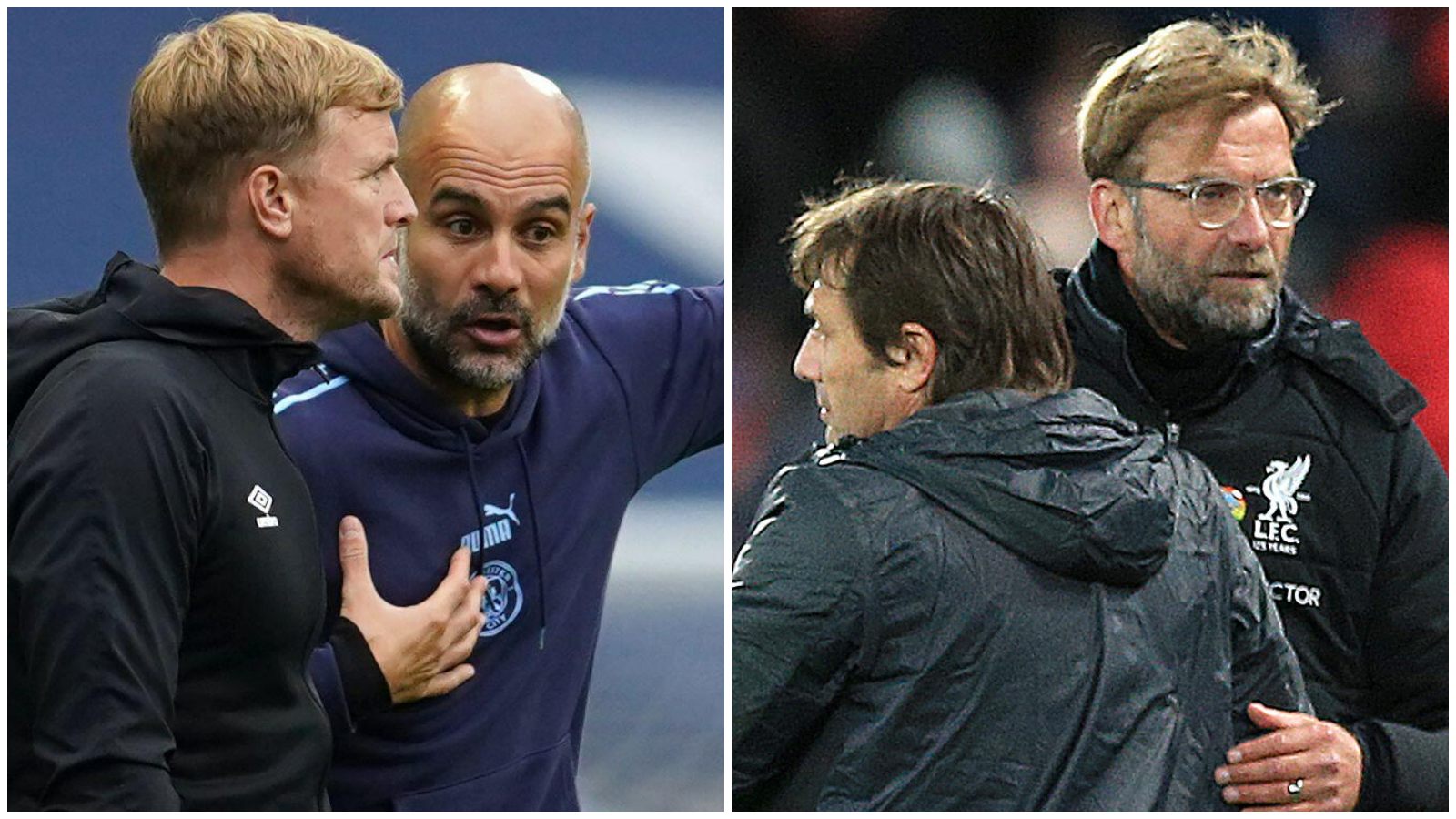 Alex Keble explains why the tactical battles with Newcastle and Tottenham could take the title initiative away from Man City and hand it to Liverpool.

As soon as Liverpool and Manchester City had drawn 2-2 at the Etihad, attention turned to this weekend’s game at Anfield. Tottenham were widely seen as the most difficult opponent either club had left, and indeed there is a good chance this weekend will be the one; the couple of days we look back on as decisive. But if momentum at the top of the table is to swing, it is more likely to be in Liverpool’s favour.

It is Newcastle United who present the banana skin, not Spurs.

Eddie Howe’s men have the capacity to absorb pressure and slow games down by getting everyone behind the ball, and can do so without dropping so deep they are simply waiting to be beaten. A compact shape, with aggressive pressing in the middle third of the pitch, is exactly how Crystal Palace and Southampton took points (twice each) from Man City.

What’s more, physical and mental weariness from City’s shock Champions League elimination only makes it more likely the flaws of this team – and yes, that includes missing an out-and-out number nine – will be drawn out.

Throughout the campaign Pep Guardiola’s side have, at times, looked in desperate need of that striker. Any pundits trying to sidestep the too-easy analysis that City could do with one, and are in fact a better team for having a rotating set of false nines, need only remind themselves that Guardiola pushed hard to get Harry Kane over the summer. He knew it was a problem.

And it clearly was against Real Madrid, who should have been easily beaten over the two legs given how many chances City created. Instead, it is the team with a clinical, killer striker who keep squeezing through the knockout rounds. Back in the Premier League, without a striker City can be guilty of playing too much in front of the opponent. Nobody is making clever runs in behind or sharp movements in the penalty area for a more direct approach, which helps teams like Southampton, Palace, Tottenham – and maybe Newcastle – shuffle across and hold City back at arms’ length.

By doing so from a high(ish) position – leaving some space in behind in exchange for crowding City’s creative midfielders – these teams do not risk much. There isn’t anyone looking to break a higher defensive line. Newcastle, then, stand a decent chance of drawing out the sluggish version of this City team, and they will be further encouraged by an injury to Kyle Walker, leaving Allan Saint-Maximin to counter-attack behind Joao Cancelo. Cancelo tends to come infield, leaving that side open, but more importantly will be beaten one-on-one by Saint-Maximin.

As for Liverpool, after an exhausting – and briefly shaky – midweek victory in the Champions League there is the possibility they will be drained at just the wrong moment. But despite the fact that Antonio Conte’s tactical preferences are precisely the kind that make Liverpool look most vulnerable, on balance it is unlikely Jurgen Klopp’s relentless machine will be stopped on Saturday.

Conte will allow Liverpool to hold the majority of possession, holding his team in a relatively deep block before looking to pounce behind the hosts’ high defensive line. There are two main ways this pattern will emerge, but arguably in both instances Liverpool hold the advantage.

First, Spurs will wait for chances to counter-attack via their front three. Kane drops off the front line as Heung-Min Son and Dejan Kulusevski make runs beyond, but while this tactic worked in the 3-2 win over Man City, Liverpool have the configuration in midfield to limit the Spurs number nine. Fabinho is a better tracker and anticipator than Rodri, and he receives closer support from Thiago Alcantara and Jordan Henderson than the City number six; Fabinho can win his individual battle with Kane and prevent Spurs from getting out.

Second, Conte looks to create artificial transitions by passing out dangerously from the back, encouraging the opposition to press in order to move through that first wave and gallop into the opposition half. But again, the sheer organisational genius of how Klopp’s team press should stop this at source. Liverpool’s defending in the final third is better than the passing ability of Rodrigo Bentancur and Pierre-Emile Hojbjerg, who will be forced into a more direct route – handing the ball back to Liverpool.

In other words, as long as Liverpool don’t make a slow start as they did in the second leg against Villarreal, they will push Spurs right back – unsettling them too much for the visitors to regularly threaten. What’s more, Conte’s 3-4-3 will look more like a 5-3-2 when pinned into a deeper position than the manager would like, which should mean pockets of space open up in front of the Spurs wing-backs and on the outside of the central midfield.

These are the areas in which Trent Alexander-Arnold and Andrew Robertson love to play, and during moments of high Liverpool pressure they are likely to find space in exactly the right areas to pepper the box with crosses and force a Spurs collapse. This is particularly likely should Klopp drop Diogo Jota, a player who always makes Liverpool more disjointed and yet keeps getting picked. Surely the stark difference between their first and second half performances against Villarreal, when Jota was removed at the break, means Klopp has finally learnt not to play him.

Should Klopp start Sadio Mane as the nine with Luis Diaz on the left, Mane can drift across the line to double up with Diaz or Mo Salah to put the Spurs wing-backs under pressure. No matter how you look at the tactical battle at Anfield on Saturday, there is a simple mis-match in technical ability that gives the hosts a major advantage. Emerson Royal and Ryan Sessegnon surely will not cope with the combination of Liverpool’s full-backs and wide forwards.

Man City are already a little wounded, and shell-shocked, from their defeat on Wednesday. Heading into a draining match against Newcastle, with the added deflation of Liverpool having won their most difficult remaining fixture, the day before could set us up for a definitive day in the title race.