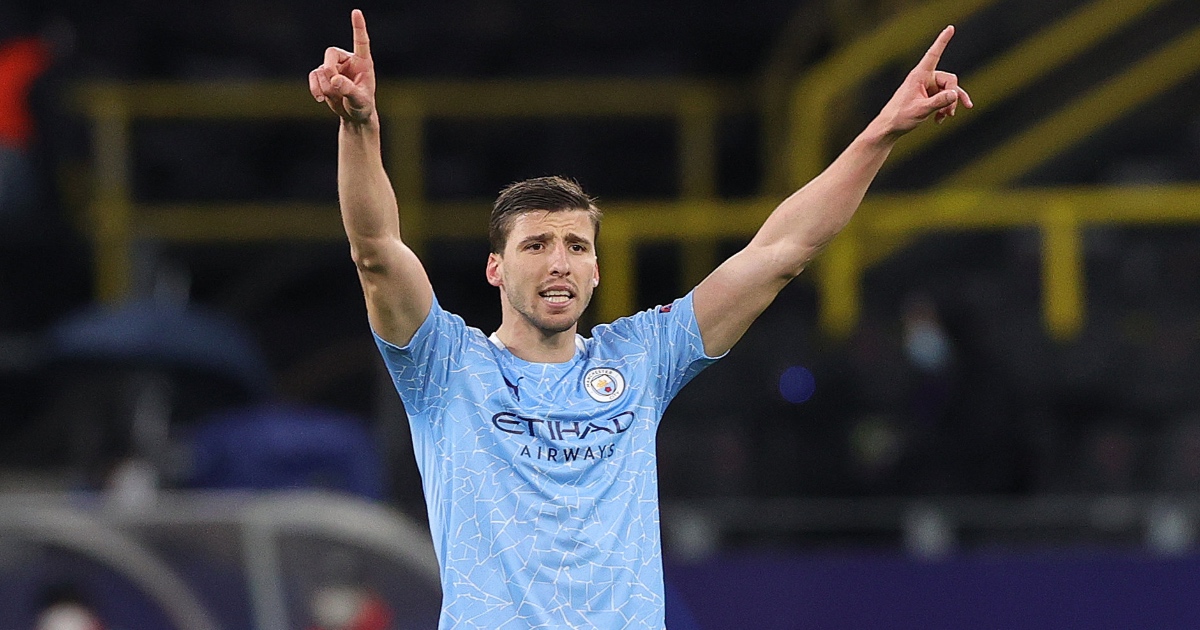 Man City are planning to offer centre-back Ruben Dias a major new contract, according to reports.

The Portugal international arrived at the Etihad in September 2020 for a £62million fee, as part of Pep Guardiola’s bid to improve his defence.

Dias enjoyed an exceptional campaign alongside the likes of John Stones and Aymeric Laporte at the back.

Dias was named as the Prem’s player of the season and also picked up the prestigious Football Writer’s Association Footballer of the Year award.

City dominated the ceremonies as Kevin De Bruyne picked up the PFA award for best men’s player, while Phil Foden and Guardiola were named as the Prem’s best young player and coach respectively.

According to the Daily Star, Dias will soon be offered a huge pay rise to reward his stunning performances.

Should he accept the offer, it would see Dias almost double his wages and move up in terms of the club’s highest earners list.

Their top earner is thought to be De Bruyne on an annual salary of £20million.

Mourinho also said Portugal were capable of going ‘all the way’ in the tournament, but that did not come to pass.

They got out of the group of death with victory against Hungary and a draw against France, but were knocked out in the last 16 by Belgium.

Thorgan Hazard scored the only goal in Seville as the Red Devils ended Portugal’s hopes of defending their Euro 2016 crown.

Dias will help City next season as they look to retain the Premier League title.

The Manchester club are yet to bolster their squad with any summer signings.