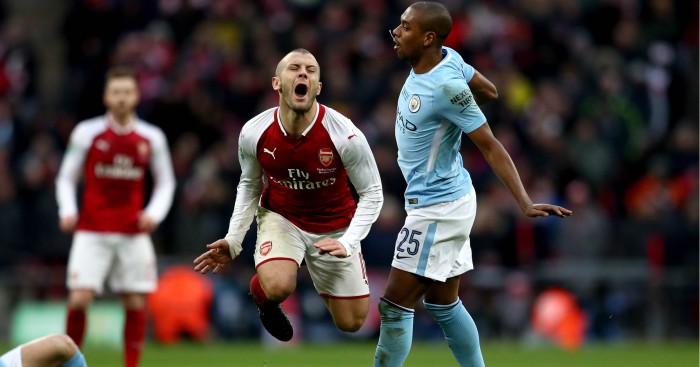 Manchester City midfielder Fernandinho has been ruled out of Thursday’s Premier League away clash against Arsenal with a hamstring strain he sustained in the Carabao Cup final.

The Brazil international went off injured in the 52nd minute of Sunday’s 3-0 victory over the Gunners at Wembley and their midweek fixture against the same opponents comes too soon for his return.

City released a statement on their official website on Tuesday which said scans showed the issue was a hamstring strain.

“No timescale has yet been set for his return but the Premier League game against the Gunners on Thursday will come too soon.”

Fernandinho has played in every one of City’s 27 league matches so far this season.