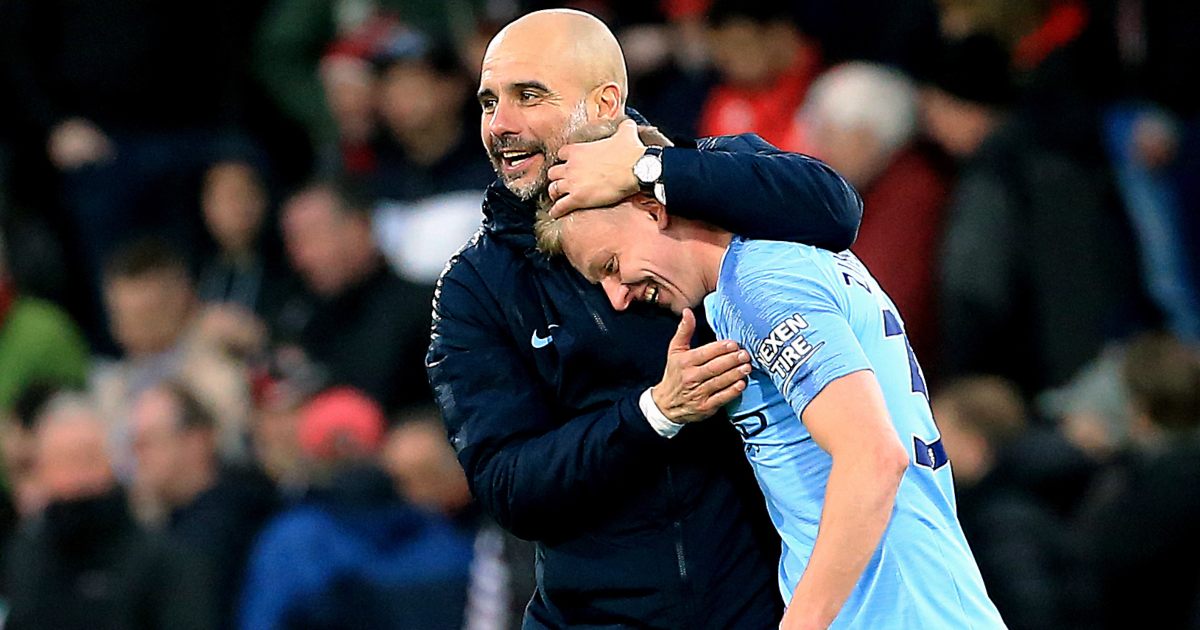 Manchester City boss Pep Guardiola was at odds with one of his own players over whether his side can win the quadruple on Monday.

Defender Oleksandr Zinchenko said at a press conference he could see “hungry eyes” in the City squad and they were capable of winning all four trophies in which they are competing this season.

“Of course everything is possible,” said the Ukrainian. “We have an unbelievable squad, the best players in the world. Definitely, why not?

“Inside the dressing room or inside the team I can see hungry eyes. Everyone is so hungry for the titles. That’s what we want.”

This was immediately knocked down by Guardiola, who urged the left-back to focus on the job at hand, namely Tuesday’s Champions League clash against Borussia Monchengladbach.

Guardiola said: “I am older than Mr Zinchenko. I have more experience and I am not agreeing with him.

“Zinchenko only has to be worried about a good game tomorrow and going through. This is the only way. Four titles has never happened before and I think it is not going to happen.”

City go into the second leg of the last-16 tie, which is being played in Budapest due to coronavirus restrictions, with a 2-0 aggregate lead.

Guardiola confirmed Raheem Sterling will travel with the squad after being left out of the matchday squad for Saturday’s victory at Fulham.

Guardiola confirmed Sterling’s omission was simply a case of rotating his players and said the England forward had not needed to tweet in response to internet rumours it had led to a disagreement between the pair.

Some crazy rumours on socials today… That’s absolutely FALSE. Looking forward to a big week with the team. Have a good night lads 🙌🏾

Guardiola said in response: “He doesn’t need to do it. Nothing happened. He was not selected, that’s all.”

Guardiola added Sterling had reacted well to his decision, as he would expect.

He said: “Always. Raheem and all the players make training and react really well.

“I don’t expect they are happy, that’s normal. It’s always happened since football was created.

“Raheem, in this case, has been so important for the team and all of us.”