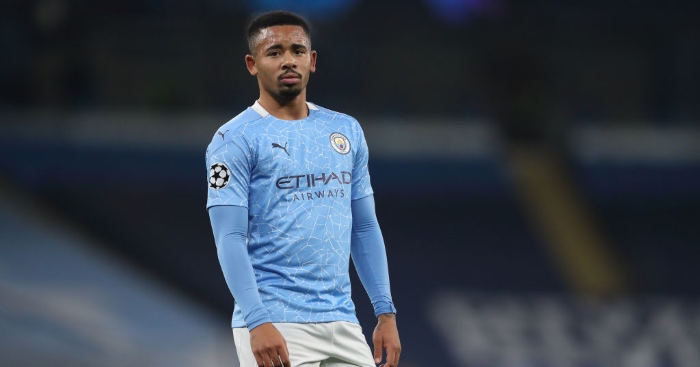 Man City are reportedly going to offer striker Gabriel Jesus a big new contract to keep the Brazilian at the club.

Club officials are currently deciding on their attacking options as Sergio Aguero looks to be nearing the end of his career.

Jesus is widely seen as a long term replacement for Aguero. He could now be given a boost by the club.

FEATURE: Drogba was one of the last of his kind…but so much more too

According to the Daily Star, City chiefs will offer the striker a new contract extension worth £150,000 a week.

The deal will see his wages almost double from the £90,000 a week which he is thought to receive at the moment.

Jesus already has two years left on his current contract, but this will be extended as a show of faith in the 23-year-old.

The striker will now be expected to continue his progress and eventually replace Aguero.

He has just returned from injury and played in City’s defeat at the hands of Jose Mourinho and Tottenham.

The news is another big statement of intent from City after they tied down Pep Guardiola to a new deal.

The Spaniard looks set to remain in Manchester until at least June 2023 after he agreed fresh terms.

It’s a big boost for City fans, many of whom will have been worried about the 49-year-old’s previous contract situation.

He was rumoured to be pondering a return to Spanish giants Barcelona, before the coach categorically denied this would happen.

Guardiola remains at City in search of the elusive Champions League trophy. He hasn’t won Europe’s major prize since the 2010/11 season with Barca.

City’s next game is on Wednesday in the Champions League against Olympiakos.