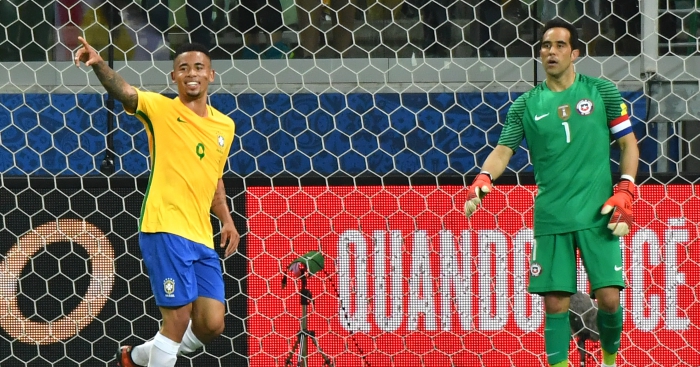 Claudio Bravo has responded to claims his wife made about members of the Chile national team not training due to “drunkenness”.

Chile suffered an ignominious exit from World Cup 2018 qualifying on Tuesday with a comprehensive defeat to Brazil.

They finished sixth as a result, with the top four reaching the finals automatically, and fifth-placed Peru heading into a play-off.

‘Thank you, Captain America, for all that you have experienced,’ she posted on Instagram. ‘It was really beautiful.

‘But when they put on the shirt it has to be with professionalism. I know that most of them busted their asses, while others left parties and even didn’t train from the drunkenness they had.’

Bravo was asked about the claims on Tuesday evening, to which he replied: “Those things are spoken about internally. Those here know their responsibility.

“We are big people and everyone takes responsibility for things.”

The City keeper added, of his international future: “I’m going to take a moment to think, seeing that this four more years has tremendous wear. Things are decided calmly, I have to talk to important people and be calm.”