Could we yet see Lionel Messi play Premier League football in 2020/21? 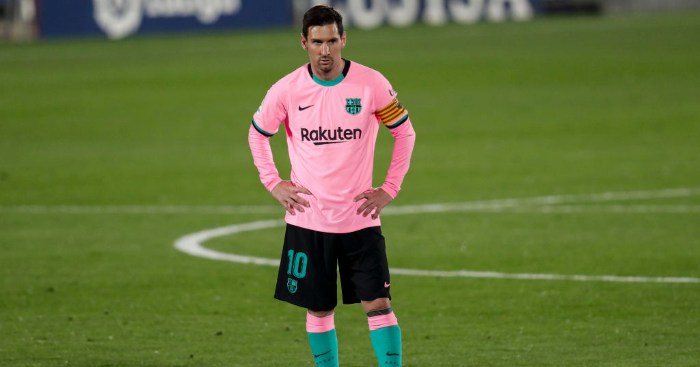 Man City are planning to make another move for Barcelona star Lionel Messi in January amid competition from Europe’s elite, according to reports.

Messi made it no secret of his desire to leave Barcelona during the summer. He was involved in a window long war with the club’s board. The attacker felt he could leave Barcelona on a free transfer.

The Spanish giant’s board objected this, and he eventually agreed to remain at the club. Messi’s anger at those behind the scenes at Barcelona has not gone away, however.

The 33-year-old agreed to remain at the club as a short term fix so the relationship he has with the club is not tarnished.

Barça alleged that anyone who wanted to sign Messi would have to pay his release clause of around £630m. This made his transfer away impossible with no clubs being able to fund such a move, which meant bookie Betway swayed towards a Barcelona triumph in La Liga.

Messi is currently in the final year of his contract, so we could have an even bigger transfer saga on our hands next summer.

But the Daily Star are reporting that Man City are considering a January move for Messi. The Argentinian has scored an incredible 635 goals 735 games for Barcelona. In that time he has won the Ballon d’Or six times between 2009 and 2019, and would be give City a huge advantage for the PL title, something they’re already favourites for in the Betway Soccer betting markets.

“He’s probably an exception to potential investments that we’d do… but our planning has been done with this current squad and it is being considered with the current opportunities that we have.

“For every single position we have to be prepared because there can be so many things that can happen but, at the same time, I think we have the financial strength and system ability to make that investment when required.”

In late August, we looked at a reason why each PL club shouldn’t sign Messi, and here was City’s reason:

The financial ramifications involved in a £631.3m buyout clause, as well as an extravagant contract and extortionate image rights that bring the sum total investment over three years to almost £900m, must be avoided by a club only recently absolved of a serious breach of FFP regulations, and whose fiscal actions are subsequently under even greater scrutiny than usual.

And imagine how disappointing it would be if he and Kevin de Bruyne didn’t score and assist 427 goals every game. You can sometimes have too much of a good thing.

BREAKING: Messi decided to continue his career in Manchester City

“I’m going to talk to Pep so he can arrange the arrival to the City. The soccer there is spectacular and it adapts to what I want”.https://t.co/1t1sDKs0Ve pic.twitter.com/GvGs9j1aRI