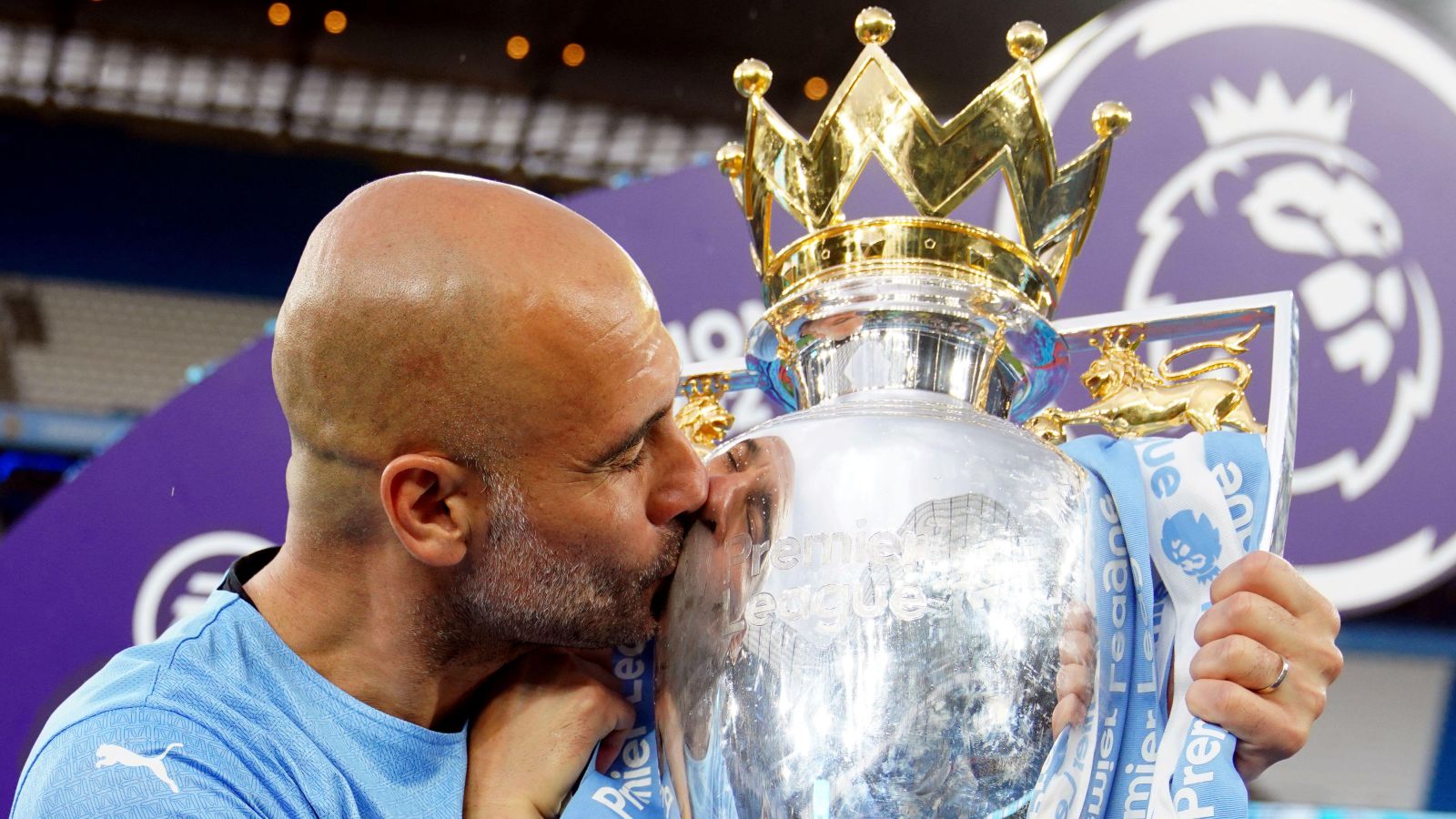 Premier League champions Man City are about to make their opening offer for Brighton left-back Marc Cucurella, according to reports.

The Citizens have already added Erling Haaland for £51m and fellow striker Julian Alvarez for £14m this summer as the hierarchy provide Pep Guardiola with more firepower.

And now they will look to improve other areas of their team with a new left-back top of their priority list along with a central midfielder.

Speaking after unveiling Haaland recently, Man City chairman Khaldoon al-Mubarak insisted that the club will make a “couple” more signings before the end of the window.

“I can confirm that there will be more players coming in,” Mubarak told City’s website.

“We’ve made two very important additions already but I anticipate we will be doing a couple more. We are looking to strengthen the team in the areas we need strengthening. Every season some players leave and we have to refresh the team. We always look at improving and strengthening.

“We will try to go as fast as we can but it depends on the market. If it was up to me, they would all be done on July 1 [when the window opens].”

And The Guardian confirm that Brighton defender Cucurella is still City’s top target at left-back with the club ‘poised to bid’ for the Spain international.

It is understood that ‘Guardiola is determined to sign his fellow Catalan after being impressed by his performances in the Premier League’ with Brighton – who are also on the verge of selling Yves Bissouma – set to make a ‘sizeable profit’ on the £15.4m they paid Getafe last August for Cucurella’s services.

Leeds United midfielder Kalvin Phillips is one possible transfer target for Man City this summer as they look to fill a position in midfield but former Premier League defender Alan Hutton has warned the England international he will have to work hard to start under Guardiola.

“It doesn’t matter how much you spend, look at Jack Grealish at £100million. It doesn’t guarantee you’re going to start, you have to go in and prove your worth.

“He’s a specialist in what he does, he’s different to what they have, I think, as well. I think there’s a good opportunity for him to move.

“It’s going be difficult for him to break straight into the squad. You have to be willing to learn the Pep way, which is difficult. You have to be very structured but I think he’s that type of player, he likes structure.

“That’s how he plays, from a defensive structure moving forward. We’ve seen in previous games, especially for England, he can get forward if he wants to. It’s up to him now, it’s up to him to show Pep that he can take on instructions and play that way.

“He wants to go and win things, like everybody else. I think it would be a good move.”