Home All The News Man City re-sign left-back Angelino from PSV for £5.3m 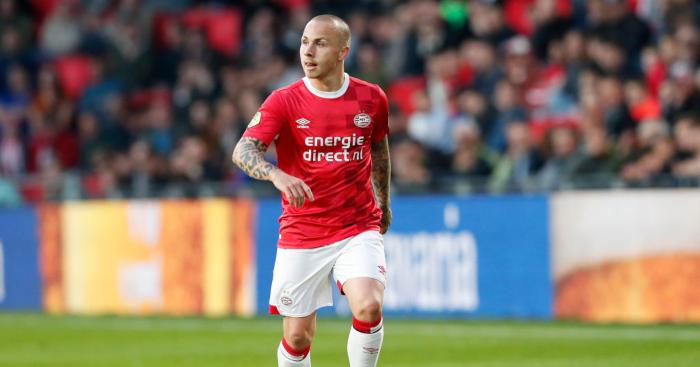 The 22-year-old defender left City last year but the Premier League champions have activated a £5.3million buy-back clause in his contract at the Dutch club.

Angelino has signed a four-year contract which keeps him at the Etihad Stadium until the summer of 2023.

“I am thrilled to have re-joined City, a side playing incredible football under Pep Guardiola,” said Angelino.

“Watching them while playing in Holland has been a pleasure. City’s performances over the last two seasons have been incredible and I am very excited about returning and contributing to the club’s bid for more success.

“I believe my own game can develop under Pep’s management and I am very confident that the club will go from strength to strength over the next few years.”

✍️ Welcome to the Champions, @angel_tasende69 🔥

Guardiola had been keen to improve his options at left-back.

Benjamin Mendy has been plagued by injuries since his £49.1million move to City in 2017 and neither Oleksandr Zinchenko nor Fabian Delph – two others to have played left-back – are specialists.

Spain Under-21 international Angelino represents a good deal for City given that he is now valued at around £20million on the open market after a positive season in which he made 43 appearances for PSV.

Angelino came through the City Academy but made just three senior appearances in his first period with the club. He has previously had loan spells at Girona, Mallorca and NAC Breda.

City Director of Football Txiki Begiristain added: “Angelino is a hugely talented young player and is an accomplished defender with great potential.

“Over the past year, he has gained excellent experience playing in the Eredivisie and the Champions League with PSV Eindhoven.

“We’re sure that he will bring additional defensive quality to our squad.”