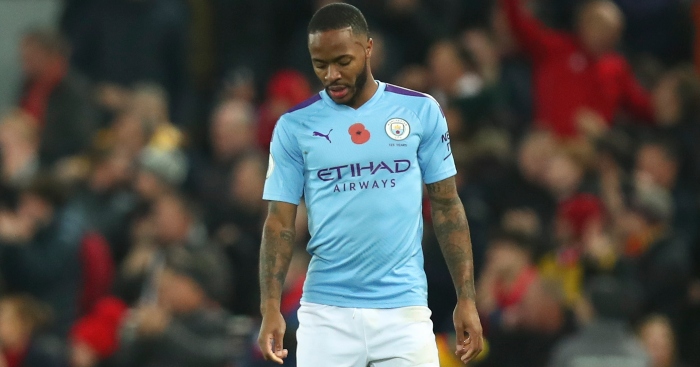 Man City are confident that Raheem Sterling will remain at the Etihad Stadium despite interest from Man Utd, according to reports.

The England international left Liverpool in 2015 for a fee potentially rising to £49m after failing to win a trophy in three years at Anfield.

Since moving to City, Sterling has won two Premier League titles, an FA Cup and three League Cups, while he has scored 89 goals in 230 appearances.

The 25-year-old still has three years remaining on his current deal at City but a report in The Independent on Tuesday claimed that Sterling is ‘suddenly high up in priority’ as Man Utd ponder whether the winger might be tempted to do a reverse-Tevez.

‘If he becomes available, United will go for him,’ says the report, which all seems highly unlikely, regardless of City’s European ban.

And now The Metro have brought us Man City’s response to the rumours, they claim that ‘City are completely unconcerned by United’s interest in Sterling and have no intention of allowing the winger to leave the club’.

In fact, The Metro reckons that the Citizens are ‘more confident than ever of keeping’ Sterling at the club with the two parties in talks over a possible new deal.

The report adds: ‘The club remain intent on keeping him and are more confident than ever that he will stay for his peak years given a ‘window of opportunity’ has been eradicated thanks to the pandemic’.