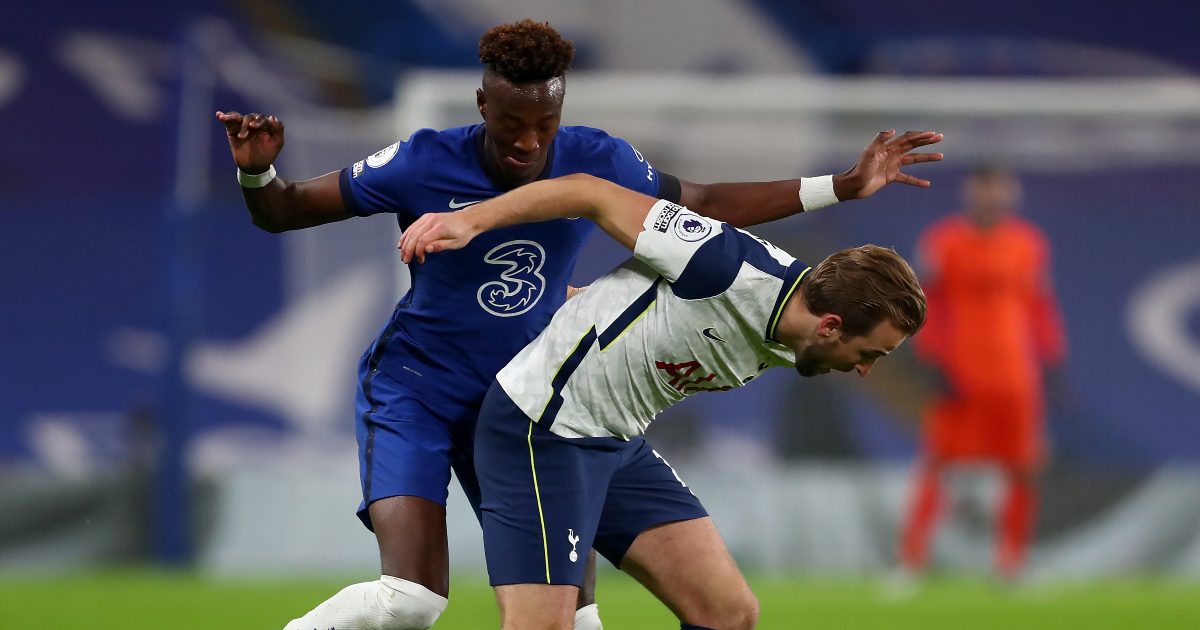 Man City should look to sign Chelsea forward Tammy Abraham this summer instead of spending around £160m on Harry Kane, according to Trevor Sinclair.

Abraham came through the ranks at the Blues. After successful loan spells at Bristol City and Aston Villa in the Championship, he broke into Chelsea’s first team in 2019/20.

Under Frank Lampard, the forward impressed as he bagged 18 goals across all competitions from his 47 appearances.

The 23-year-old has featured less since Thomas Tuchel took over and he is expected to leave the club this summer. He is rated at around £40m.

In the meantime, Man City have been interested in signing Tottenham’s Harry Kane. With him still having three years left on his contract, Spurs are under no pressure to sell him.

Therefore, it comes as no surprise that they are demanding around £160m for him according to reports.

Instead of paying that, Sinclair has called for his former club to save money by signing Abraham. He has told talkSPORT that the Chelsea forward is a “top player” who would do well for Man City:

“I would, yeah. He’s a young enough player and with Pep Guardiola’s coaching ability and the teammates around him… he’s a top player.

“No player’s perfect, especially at 22 or 23, but there’s a lot of growth there with Tammy.

“He’d be someone I’d be very interested to see at Manchester City.

Sinclair went onto add that he was against Man City’s interest in Kane if he is going to cost a fee in the region of £160m:

“It just goes against my principles of what I think about the club. Honestly, it really does.

Elsewhere, Paul Merson has suggested that Raul Jimenez would be an ideal replacement for Kane if he left Tottenham:

“The center-forward could also bring the best out of Heung-Min Son and make him look like one of the best in the Premier League. Son’s new four-year contract at the club could either indicate Harry Kane’s decision to stay or could prepare Tottenham for a future with an alternative striker.”