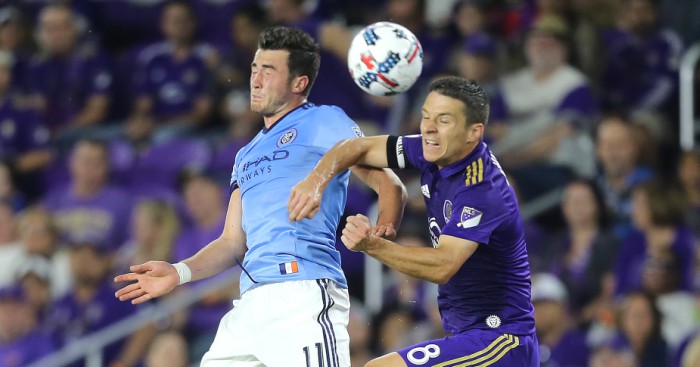 Manchester City have completed the signing of England Under-21s midfielder Jack Harrison from their sister club New York City – and immediately loaned him to Middlesbrough.

Harrison was born in Stoke but moved to the US at the age of 14 and attracted rave reviews for his performances for New York during the 2017 MLS campaign.

And his growing stature was quickly recognised on this side of the Atlantic by England Under-21s boss Aidy Boothroyd, who named him in his squad for the Euro 2019 qualifiers against Scotland and Andorra in October.

Harrison told City’s official website: “I can’t wait to get started over here.

“I’ve really enjoyed my time with New York City and I’d like to thank Patrick Vieira and his coaching staff for helping me to develop as a player.

“I feel I’ve really improved working under him and playing regularly in the MLS, but now I’m looking forward to testing myself in England.”

He was expected to watch Tuesday night’s Championship clash against Sheffield Wednesday from the stands.