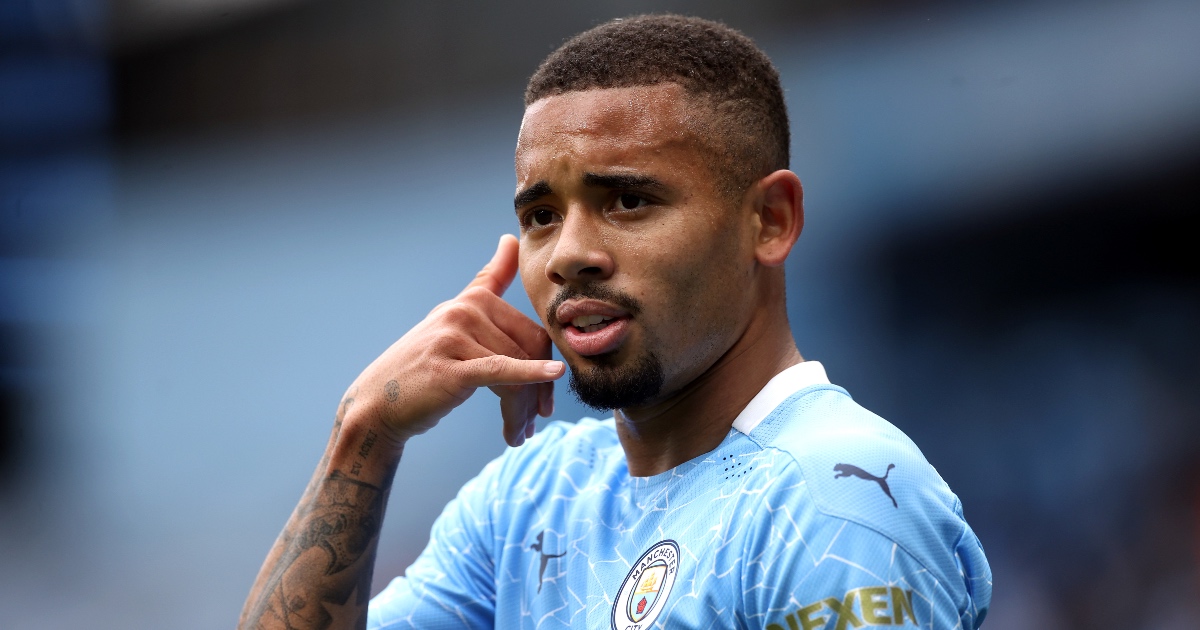 Manchester City forward Gabriel Jesus is a top transfer target for Juventus this summer, according to a report.

The 24-year-old will soon return to Manchester from international duty after representing Brazil at the Copa America.

He registered one assist in four appearances before Brazil’s 1-0 defeat to Argentina in the final, which handed Lionel Messi his first major tournament trophy.

It now looks like Jesus could be on the move before the start of the new Premier League campaign.

According to Italian source Tuttosport, Juve have decided on Jesus as their ‘favoured option’ to spearhead their attack.

They could launch soon launch a bid for the player, who has notched 82 goals so far for City.

Jesus is being targeted to replace Cristiano Ronaldo in Turin. Ronaldo was the top goalscorer in Serie A last term with 29 strikes but is not seen as a long-term solution.

The report states that Juve have admired Jesus’ talents for a number of years. We reported in June that the Italian giants were interested in signing him, alongside City’s Premier League rivals Tottenham.

Pep Guardiola will be reluctant to lose the Brazilian, however. City legend Sergio Aguero was allowed to join Barcelona on a free transfer after running down his contract at the Etihad.

Erling Haaland of Dortmund has been touted as his replacement, although Guardiola insists City can’t afford a new striker.

Here’s what the Spaniard said earlier this week: “At the prices (quoted) we are not going to buy any strikers. It is impossible, we cannot afford it.

“All clubs are struggling financially, we are not an exception. We have Gabriel (Jesus) and Ferran (Torres) who have been incredible in this position.

“We have young players in the academy and we play many times with a false nine. There is more of a chance we aren’t going to buy a striker for next season.”

His comments hinted at the use of academy graduate Liam Delap, the son of former Stoke player Rory.

In terms of Jesus alternatives for Juve, multiple names are mentioned in the report.

They’re keen on resigning Moise Kean from Everton. He spent the recent campaign on loan at Paris Saint-Germain in Ligue 1.