Home Manchester City Man City star Mahrez: ‘If Liverpool lose, it would be a big week for us’ 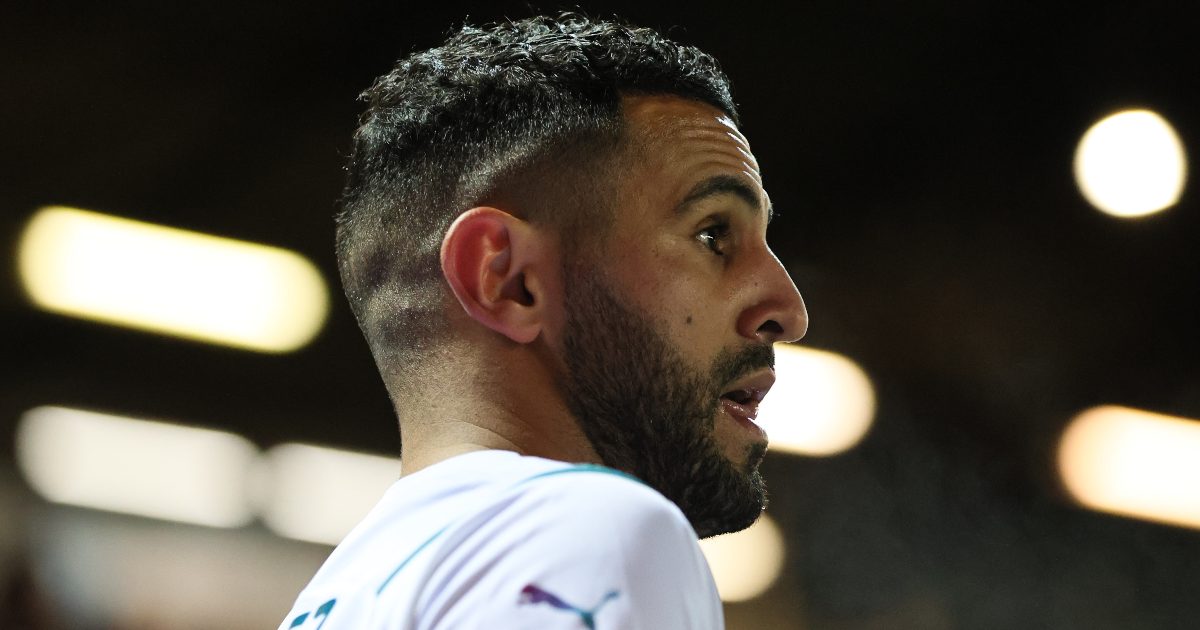 Man City star Riyad Mahrez has acknowledged that they are hoping that Liverpool lose during the Premier League run-in.

The rivals have battled for the Premier League title in recent years and that is no different this time around.

Man City had built a sizeable advantage at the top but Liverpool have been able to close the gap in recent weeks.

Pep Guardiola’s side have dropped points twice in their last six Premier League games. This came as they drew against Southampton and lost to Tottenham.

Liverpool meanwhile are in great form as they have won their last eight league games. Last time out they got the better of Brighton at Anfield.

Man City play on Monday night as they travel to face Crystal Palace. If they win they will be six points clear at the top but Liverpool still have a game in hand.

Jurgen Klopp’s men travel to the Etihad next month in what could be a title decider.

Mahrez has acknowledged that it would be “big” for Man City if Liverpool lose a game:

“We have confidence because we know our football and we run a lot,” Mahrez said (quotes via Liverpool Echo).

“When you win and win and win you have confidence. We are very sure about our football and very confident.

“We try to make it in place every game, every week. Sometimes if the opponent is better than us we shake hands and try again. We always try to be better and win the game.

“If there’s no Liverpool, Chelsea, United, Tottenham, Arsenal, we’ll win the league all the time.

“When there are other teams behind us or in front of us winning games, it makes us more hungry to win our matches. That’s the goal. That’s what we want. To have a better taste.

“We concentrate on us because that’s all we can do – other things, we cannot control. I am passionate about football. I love watching football and if they (Liverpool) lose, it would be a big week for us.

“Part of being a player is living with pressure – we have to have pressure and I wouldn’t be at my best without it. It makes you better and it makes you hungrier, so it’s good.”