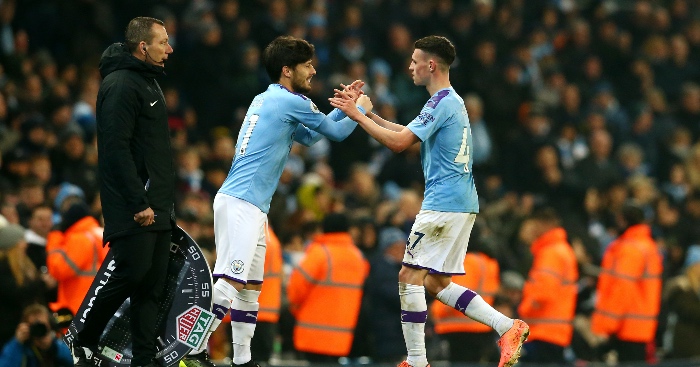 Phil Foden will ‘take over the mantle’ left by David Silva at Man City, according to Crystal Palace boss Roy Hodgson.

Foden has been one of City’s best players this season, scoring eight goals and assisting five more in all competitions.

He is starting to make a real impact under Pep Guardiola and could soon be ‘undroppable’.

FEATURE: One per club: The exhaustive list of the exhausted…

Speaking ahead of their clash on Sunday evening, the manager said: “He has been very well managed by the club and has been integrated into the first team in a very clever way, a very sensible way.

“Of course you can do that when you have so many other good players around you – you can afford to leave a player of his quality out because you have got other fantastic players in your squad.

“I think they have done it very well, he has obviously worked very hard at his game and has gotten better, as everyone knew he would with Premier League and Champions League experience.

“Now he is in the international setup he is going to get better and better. It is fantastic really that after losing a player of David Silva’s quality, who really lit the league up over a long period of time, they have now managed to find another player from their own ranks who is looking likely to take over that mantle.”

Silva left for Real Sociedad in the summer after a hugely successful ten years at the Etihad. It was widely thought that Bernardo Silva would take over from him in the City first team.

But Foden has proven his worth on multiple occasions this season, exciting Guardiola and fans alike. He now looks set to start in more games than ever before. That could see him become ‘the next David Silva’.

City face Palace at 19:15 on Sunday in the Premier League.