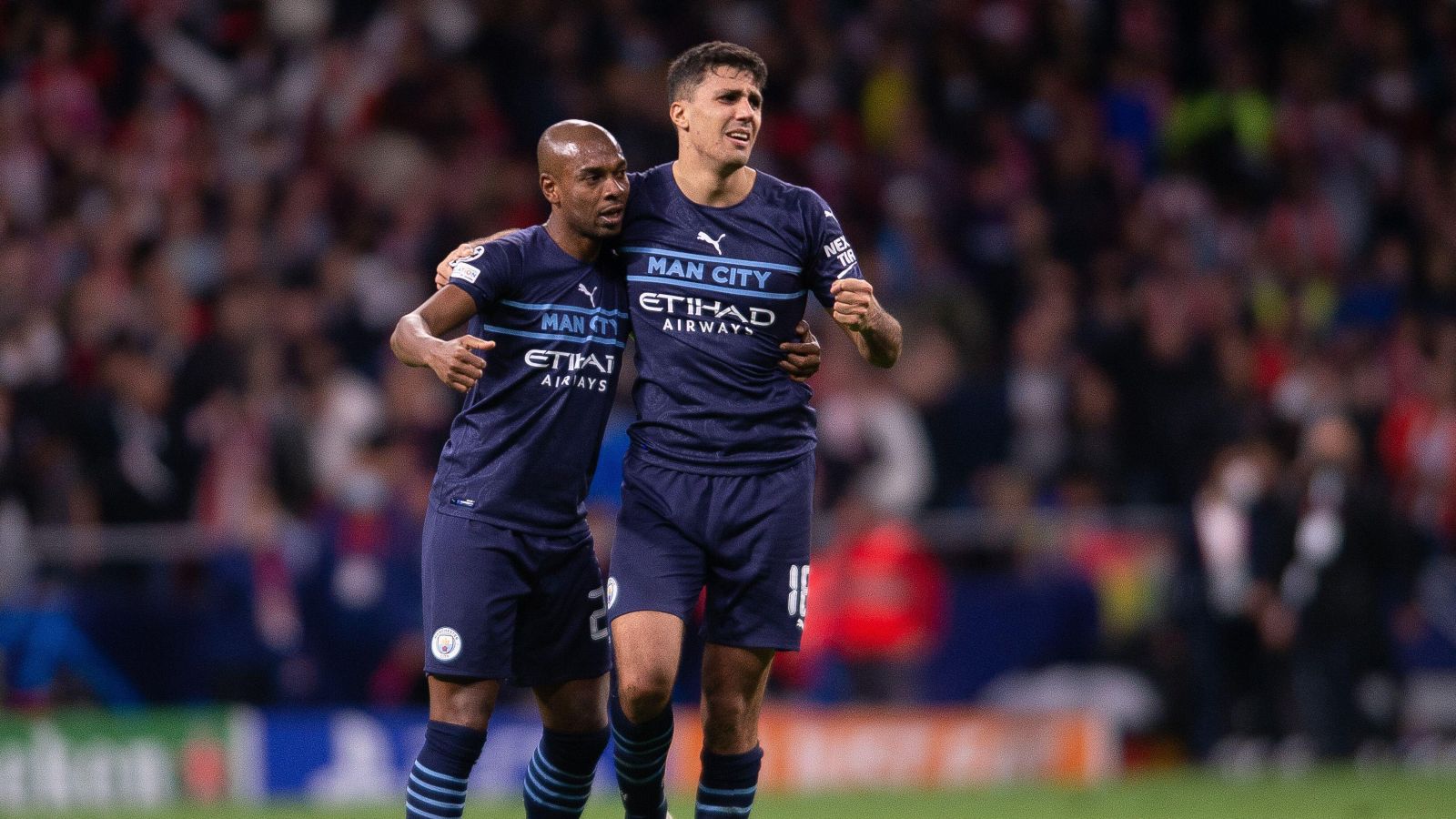 City withstood a barrage of pressure, fierce provocation and a hostile atmosphere to claim a goalless draw at the Wanda Metropolitano on Wednesday to progress through a hard-fought quarter-final tie 1-0 on aggregate.

It was a game that ended with chaotic and ugly scenes as Atletico’s frustrations boiled over with scuffles breaking out on the field in the closing minutes and in the tunnel after players left the field.

Treble-chasing City may also be left to count the cost with Kevin De Bruyne, Kyle Walker and Phil Foden all suffering knocks but the Premier League leaders could reflect with pride on a gritty performance.

Rodri, a former Atletico player, said: “I am very proud because firstly we did a great two games with a very tough opponent.

“We competed until the end. Of course they have weapons in this stadium, I know them very well. They pushed until the end and we suffered in some minutes, but that’s normal.

“Sometimes (people) think we are always going to play beautiful but it is not like this. Other teams have good players and they punish you.

“But we were good – an unbelievable competitive mentality and we go through.

“I think we’ve grown a lot in this sense in the last years. We need to keep on improving because we are going to live moments like this in the next games.

“We need to be strong mentality and together and never give up. That is the way.”

City’s reward for their success is another trip to the Spanish capital as they face Real Madrid in the semi-finals, bidding to reach the final for a second year in succession.

Their immediate focus, however, will switch to Saturday’s FA Cup semi-final against Liverpool at Wembley.

It will be their second clash against the Reds in the space of six days after last weekend’s exhilarating 2-2 draw against their title rivals in the Premier League.

Rodri said: “We expect another tough team next with another way of playing but we will think about it when we face them. Let’s think about Liverpool first.

“The calendar is crazy. We’ve had these two games against Atletico, the other day against Liverpool. You have to work 100 per cent and now we have Liverpool again – too many difficult games at the same time but it is what it is.

“We have to refresh our minds, recover and give the best shape in the next game.”

City were planning to travel straight to London from Madrid to prepare for the FA Cup semi-finals.

Their injured players were due to be assessed, with updates on their condition likely when manager Pep Guardiola next faces the media on Friday.

Rodri said: “It is massive for us to go through today. It makes us go to the next game with confidence and that is the main thing.

“We need to recover because they have been so demanding games but I am pretty sure on Saturday we will give our best shape and the best of us.”