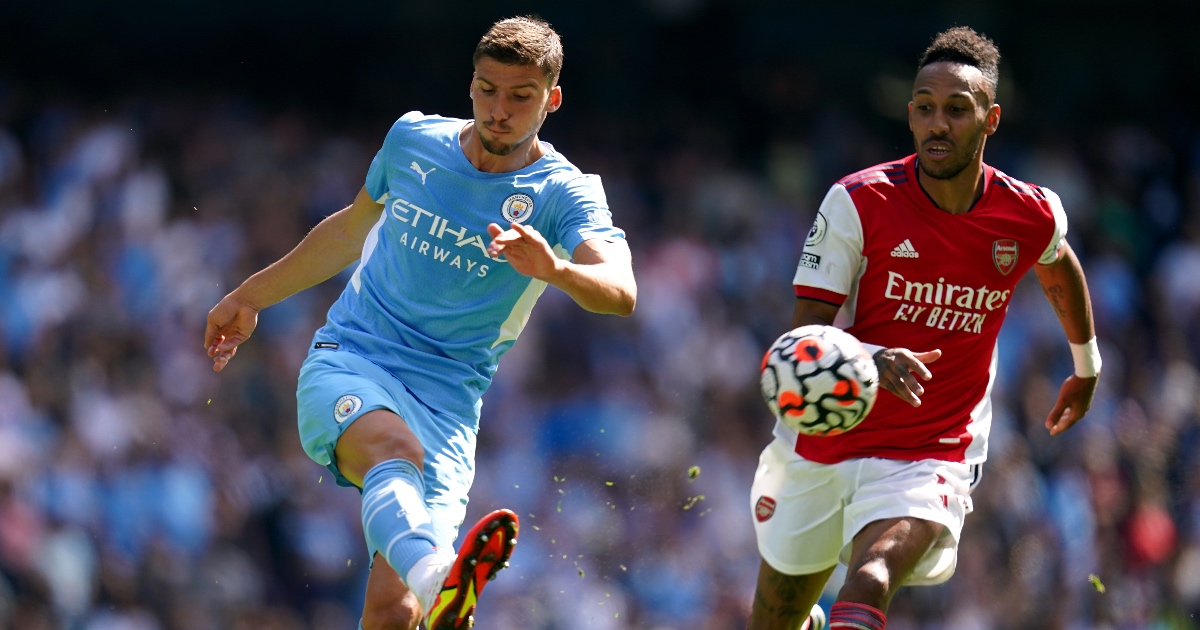 The Portugal international arrived in Manchester for a £65million fee in September 2020.

He has become an integral player under Pep Guardiola and featured in 50 matches last season.

Dias took City’s defence to the next level during their title-winning campaign. They had the best defensive record in the league, conceding just 32 goals.

Dias was rewarded for his performances with a number of accolades, including the Premier League Player of the Year and Football Writers’ Association Footballer of the Year awards.

Back in July, it was reported that the 24-year-old was next in line for a contract extension at City.

The two parties have now agreed on a deal which will keep him with the club until June 2027.

“I’m very happy to sign the new deal,” Dias said on City’s official website. “I have enjoyed every single minute of my time at City since joining last year.

“Playing for City has surpassed all my expectations and it’s an absolute pleasure to be part of such an incredible squad.

“I would also like to thank Pep and the coaching staff for the way they have helped me to develop as a player and keep pushing me to improve.

“To be part of the squad that achieved so much last season was incredible and made us all hungry to achieve even more.

“Now I just want to try and play my part in helping us be successful this season and beyond.”

“Although he only joined us less than a year ago, in that time Ruben has already proved to be such a vital part of our squad.

“And it tells you everything about his quality and importance to the club that we wanted to recognise his impact with this new contract.

“He is everything you would want in a central defender and so much more and he will be a big part of our drive to bring even more success to the Club over the next few years.”