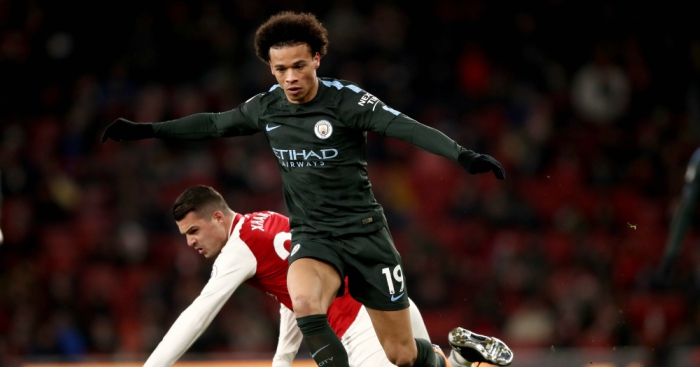 Manchester City’s Leroy Sane claims the Premier League title is now so close he can almost feel it.

The runaway leaders opened up a 16-point lead at the top of the table with a convincing 3-0 win at Arsenal on Thursday.

Pep Guardiola’s side now need a maximum of only five more wins from their remaining 10 games to add the league crown to the Carabao Cup triumph they secured last week.

Winger Sane said: “We feel like it is getting closer and closer, but we always say that we always want to go step-by-step and game-to-game.

“But, yes, we can feel it a little bit. The season is almost over and there’s only a few games left to play.”

City showed no sign of complacency as they cruised to victory at the Emirates Stadium, just four days after beating the Gunners by the same scoreline at Wembley.

They face a quick and testing return to action as they host champions Chelsea at the Etihad Stadium on Sunday, but Sane feels the fixture itself should ensure there is no drop in intensity.

The 22-year-old said: “That kind of pressure of the bigger games upcoming is what I think gets everyone really excited. We are all looking forward to them. We try our best in every game.

“We have a really good team now and I think we’re able to win more trophies. We have improved a lot since last season, but still we have some times when we can improve. I think it’s a good thing that we can improve because it means we can get better.”

Despite the comfortable nature of the victories over Arsenal, he still plans to point out City’s faults to his players before Sunday’s game.

“We lost too much control, we did not know what we should do. Always you have something to let them know we are not good enough. You have to have the players focused and to feel that they can do better. That is the best way to improve.”

City have a fitness doubt over Kyle Walker after the England right-back limped off on Thursday with a calf problem. Raheem Sterling may also still be out with a muscular injury.