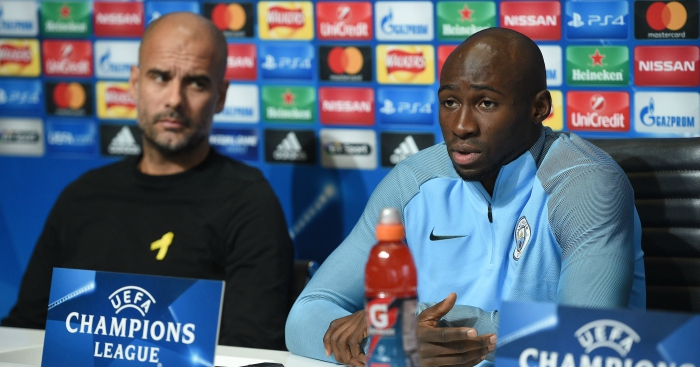 France international Mangala joined City from Porto in 2014 and has made 81 appearances during his time at the Etihad Stadium.

The 28-year-old picked up a Premier League winners’ medal after playing nine top-flight games for Pep Guardiola’s side during the first half of last season.

He spent the 2016-17 campaign on loan at Valencia before moving on loan to Everton in January 2018.

Injury cut short his spell at Goodison Park and he has not made a first-team appearance since February last year.

‘Everyone at Manchester City wishes Eliaquim the very best for the remainder of his time here,’ reads the final paragraph of the story on City’s website. Sure.