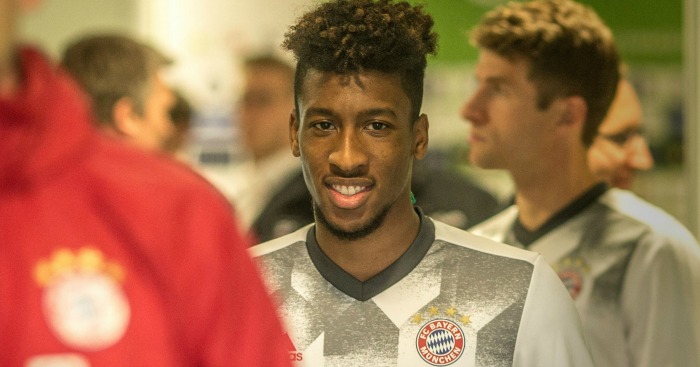 Manchester City are reportedly still keen to sign Kingsley Coman, despite the winger joining Bayern Munich on a permanent deal only last week.

The Times reports that Pep Guardiola still wants to bring the 20-year-old to the Premier League, despite Bayern choosing to activate an option they had to turn his loan move into a permanent deal for £18million before the end of April.

Matt Hughes’ story suggests City have formed “the view that Bayern’s decision to sign the player was largely in the hope of generating a significant profit”.

The France winger’s representatives reportedly held talks with City last week, with Guardiola said to be willing to pay between £40-50million, which would make make Bayern a profit of at least £22million on a player who has made only nine Bundesliga starts this season and only two substitute appearances in the Champions League.

In contrast to Carlo Ancelotti’s indifference, Guardiola handed Coman 27 starts during his final season at Bayern last term. The Times’ story says in addition to Coman, the City boss wants a centre forward, two full-backs and a central midfielder this summer.