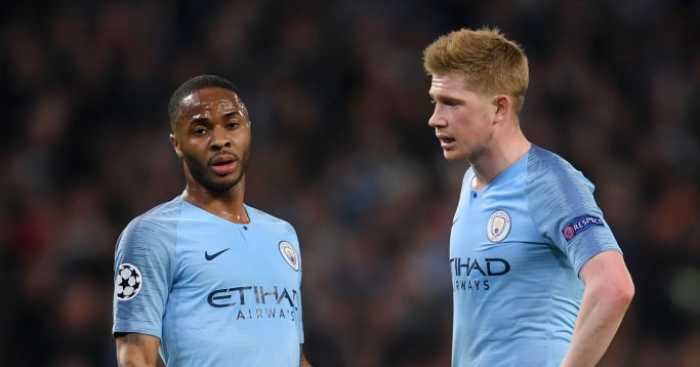 An investigatory branch of UEFA will recommend that Manchester City are banned from the Champions League for at least one season over ‘allegations of financial impropriety’.

City claimed their second successive Premier League title on Sunday and are on course to complete the domestic treble when they face Watford in the FA Cup final on May 18.

But claims of potential Financial Fair Play irregularities have cast a shadow over their achievements.

German magazine Der Spiegel reported in November that City had attempted to deceive UEFA by channelling millions of pounds of their owner Sheikh Mansour’s immense wealth into the club via their Abu Dhabi-based sponsors – an obvious breach of FFP regulations.

City branded the story an “organised and clear attempt” to besmirch their reputation, before welcoming an announcement in March that UEFA would formally investigate the claims.

Tariq Panja of The New York Times now says UEFA’s Club Financial Control Body (CFCB) met a fortnight ago ‘to finalise their conclusions,’ and will present their findings to ‘a separate adjudicatory chamber,’ recommending a suspension from European competition of at least one year.

The ban, if enforced, is unlikely to be carried out next season. With Champions League qualification beginning in June, and City warning UEFA ‘that they would mount an aggressive response to any effort to bar the club from the competition,’ appealing to the Court of Arbitration for Sport, the 2020/21 campaign would be more probable.

City would put up ‘a monumental legal fight’ against any proposed suspension, but UEFA fear their financial rules could be ‘rendered meaningless’ if they fail to show them being upheld.

Panja adds that the CFCB investigation has centered around ‘an accusation that it provided misleading statements in resolving an earlier case, as well as false statements to licensing authorities in England,’ and ‘not over the true value of the sponsorship agreements’.

Investigators are said to have met with City officials in April but were left ‘unconvinced by the club’s explanations’. City already paid a £49m fine and accepted transfer restrictions after a previous rule-break in 2014.