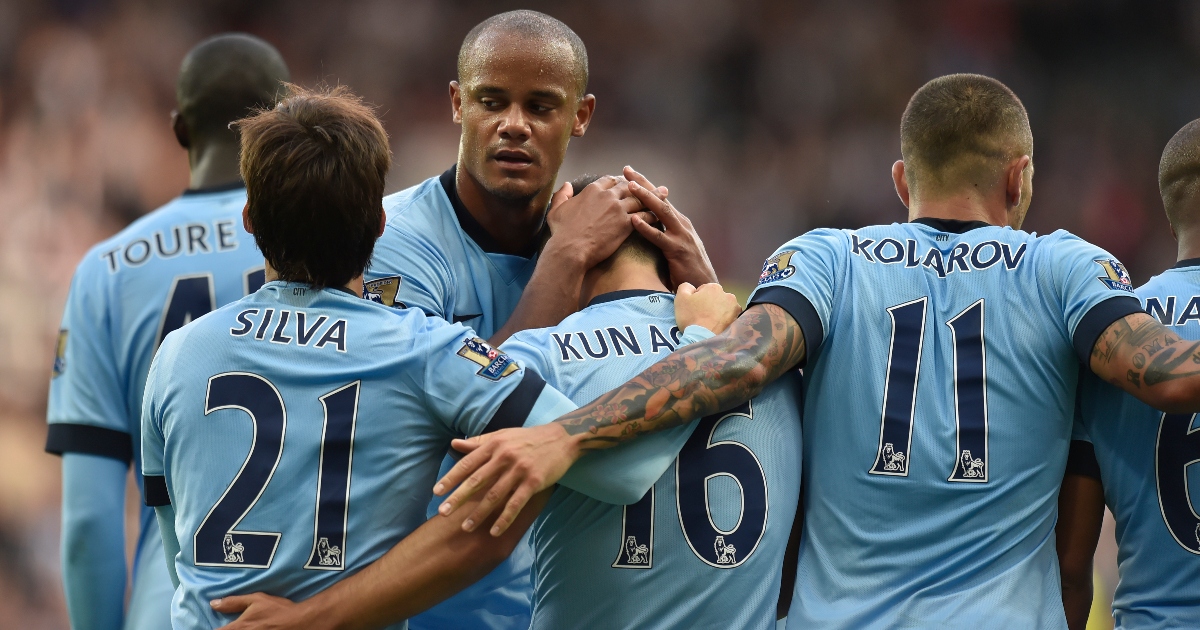 Manchester City will unveil statues of Vincent Kompany and David Silva outside the Etihad Stadium this week, the club has confirmed.

A third statue – of Sergio Aguero – will join them next year with the trio being recognised for their “unparalleled contribution to the club’s transformation”.

Kompany joined the Citizens in 2008 and became club captain in 2011.

He made 360 appearances for City, winning ten major trophies during his time in Manchester.

In 2019 the former defender returned to Anderlecht, becoming player-manager of the Belgian club.

He then stepped down from his managerial role three months later to concentrate on his duties on the pitch before retiring in 2020 and becoming Anderlecht’s head coach.

We can reveal that award-winning sculptor Andy Scott was the artist who won the commission to create permanent statues of Club legends @VincentKompany, @21LVA and @aguerosergiokun.

Silva is currently at Real Sociedad after leaving City in 2020.

The Spaniard played 436 times for the club, contributing to over 200 goals.

Aguero joined City from Atletico Madrid in 2011, scoring a brace on his Premier League debut against Swansea City.

He scored 260 goals in 390 appearances for the Citizens before leaving to join Barcelona this summer.

Khaldoon Al Mubarak, the club’s chairman, said: “Ultimately, Vincent and David do not need statues to enshrine their achievements at Manchester City over the past decade.

“They are already revered as icons of their generation.

“But what these artworks give us, and generations to come, is the opportunity to be reminded of, and savour, the truly magical moments created by both men.”

The statues have been made by award-winning sculptor Andy Scott, who said he was “absolutely thrilled” to be given the job.

“It’s an unbelievable honour to work on something that will be visited by hundreds of thousands of fans as they remember and celebrate the achievement of their footballing heroes,” he said.

“I have always been struck by how sportsmen and women move and perform, and in the case of football specifically, how they anticipate the ball, how they combine with their teammates, and sometimes simply how they stand.

“Reflecting these elements was always going to be challenging, but it was particularly so during a global pandemic as we were only able to meet with Vincent and David virtually.”