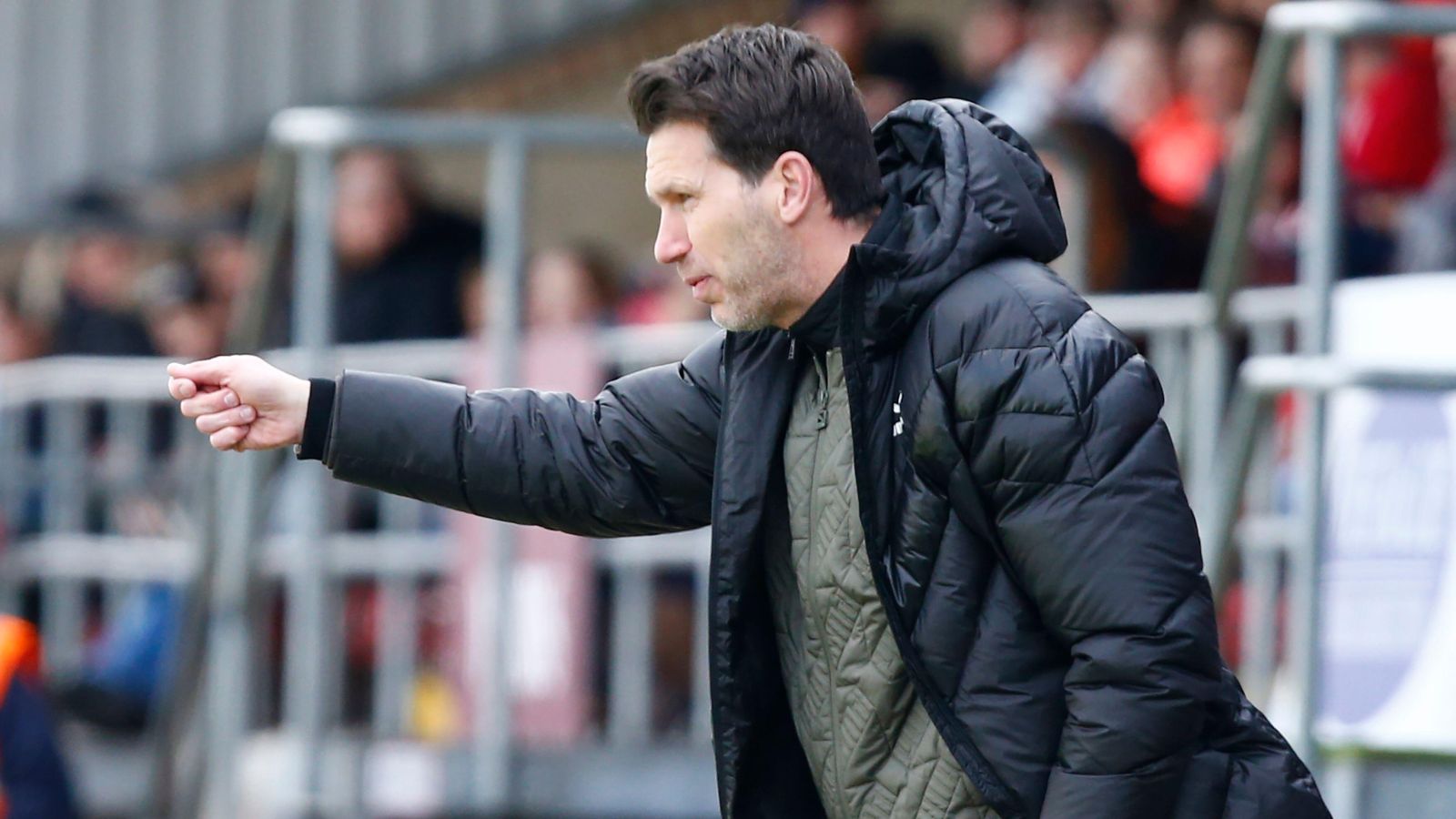 Gareth Taylor kept his Man City job despite starting the season desperately. A trophy and top-four challenge has followed.

Manchester City’s start to the season could barely have gone any worse.

By the first week of October 2021, Gareth Taylor’s side had already crashed out of the Champions League, lost three of their opening four WSL fixtures, been thumped 5-0 by Arsenal, had a third-choice goalkeeper between the sticks and had 34-year-old midfielder Jill Scott operating at centre back.

“I came off all social media at that time,” Taylor said. “I just tried to cut out the noise.”

There was plenty of outside noise calling for the City boss to lose his job, but this was never allowed to seep into the team. The club’s hierarchy stuck with their manager and their patience has certainly been rewarded.

Taylor’s quote came after his side lifted the Continental Cup in February, turning in a scintillating second-half display against Chelsea to come from a goal down, win 3-1 and secure the second piece of silverware of Taylor’s tenure.

Having won eight on the bounce in all competitions, City now sit three points behind Manchester United in the WSL’s final Champions League spot. They have a game in hand over their rivals, who have to go to title-chasing Chelsea on the final day of the season.

The appointment of Taylor in the summer of 2020 mirrored that of his predecessor Nick Cushing: an internal candidate, with this his first post in senior management and his first foray into women’s football.

City always gave Cushing time, aware that he was building a long-term project. His first season in charge saw them lose seven of their 14 league fixtures, while they won just one of their first five the following season. It took 18 months for City to find their rhythm under Cushing, but he would depart the club in February 2020 having lifted six major trophies.

While Taylor’s situation was different to that of Cushing, who was effectively building a team from scratch as City went full-time for the first time, the principle of patience has been equally important.

City could very easily have pulled the trigger and called time on Taylor’s tenure, just as Everton did with Willie Kirk in October following the Toffees’ underwhelming start to the season in spite of his long-term vision for the club. Everton are now onto their third managerial team of the campaign, sit marooned in 10th, untroubled by relegation but failing to trouble the European places, with the season effectively a write-off.

An almost unprecedented injury crisis went a long way to explaining City’s sluggish start to the season. When in their groove, the football Taylor’s City can play is electric; the Continental Cup final performance and display against Arsenal in the 2020 FA Cup semi final are prime examples.

Recruitment needs to improve in the summer – City’s decision to strengthen in midfield and out wide but not bring in another centre-back having allowed Abby Dahlkemper and Gemma Bonner to leave the club seems naive (with the greatest respect to Jill Scott) – but with a fully fit squad at his disposal and Taylor’s identity now firmly stamped on the side, another tilt at the WSL title next season should be in store.