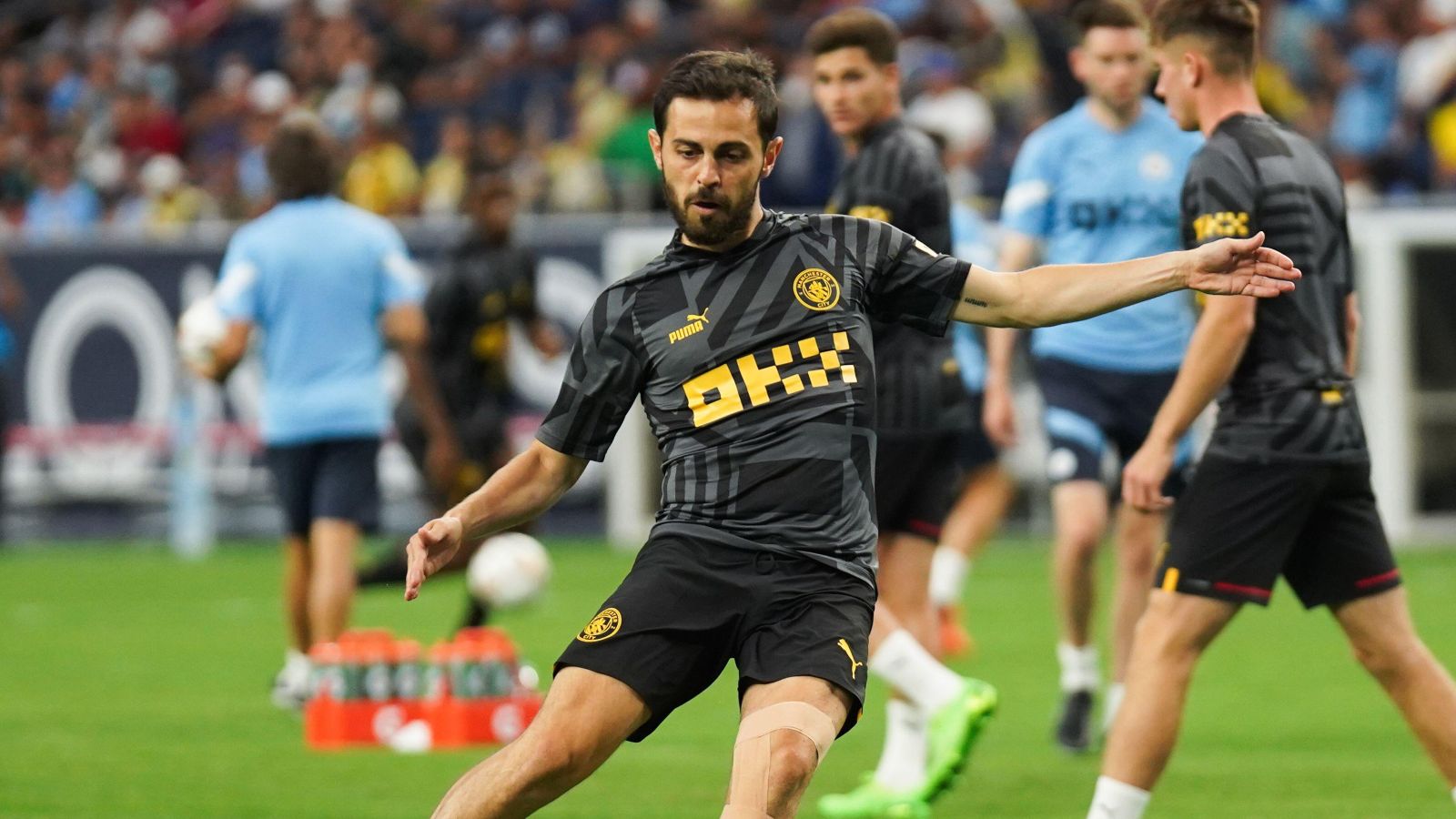 Man City are reportedly ‘not prepared’ to sell Bernardo Silva for anything less than £84m this summer amid interest from Spanish giants Barcelona.

The Premier League champions have looked to replenish their squad this summer. Gabriel Jesus, Oleksandr Zinchenko and Raheem Sterling have all moved on, with City receiving over £120m in transfer fees.

Man City have used their funds wisely as they have brought in Erling Haaland and Kalvin Phillips from Borussia Dortmund and Leeds United.

Pep Guardiola’s side are also known to be in the market for a new defender. Marc Cucurella was targeted but he ended up joining Chelsea from Brighton.

In recent days, City have been linked with Arsenal left-back Kieran Tierney. The Scotsman could fall down the pecking order this term if Zinchenko continues to be preferred at left-back.

Meanwhile, one more big name could leave Man City if Barcelona get their way in the next couple of weeks.

The La Liga giants are admirers of the Spain international. Speaking last week, Guardiola admitted that he “does not know what is going to happen” with Silva:

“I want Bernardo Silva here at 100%, or at 110%. I want him, I want him and I want him. Because I love him. The reason why I’m a manager is because I can live and train with players and people, human beings like Bernardo,” Guardiola admitted (via The Athletic).

“I’m weak when I talk about him because he’s a special person to me in these years. The same with Nathan (Ake), how he behaves when he plays or he does not play. He makes our lives better when we are together.

Barcelona still have some limitations financially this summer, even with them spending upwards of £140m on new recruits.

Ex-Chelsea target Jules Kounde was among them, but he is yet to be registered. The Athletic are stating that Barcelona ‘need to offload players already on the books to fit him within their salary limit’.

Therefore it is hard to foresee – even with their brashness – Barcelona paying over £80m on a new player like Silva this summer. They are daft, but they are not that daft. Surely?

City’s stance is clear, with Silva being seen as a key player under their current regime.

The Athletic state that they ‘won’t budge a millimetre’ from their £84m valuation of Silva, who is under contract until 2025.

Barcelona’s interest is ‘growing’ but they are yet to make a ‘formal offer’ for the midfielder, so it appears that his immediate future lies with Man City.