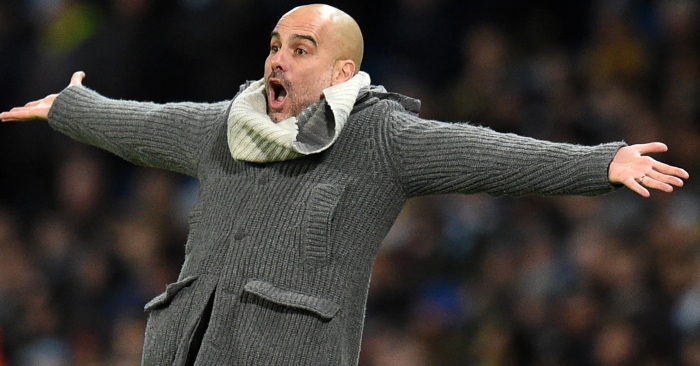 Anything to add? Email theeditor@football365.com

City’s stroll
The chatter around Man City’s quadruple attempt is starting to get louder. Obviously winning all four trophies would be a fantastic achievement, but can I check at which point they were supposed to fail in any of them?

In the League Cup they won it by getting past Oxford United, Fulham, Leicester City, Burton Albion and Chelsea. The only two of those that could possibly be called a challenge were Leicester and Chelsea and City didn’t beat either of them. They drew both matches and won on pens.

In the FA Cup they are in the semi-final courtesy of beating Rotherham, Burnley, Newport County and Swansea City. Who were they supposed to lose to there?

In the Champions League, they have got past Lyon, Shaktar Donetsk, Hoffenheim and Schalke. At the risk of repeating myself, who were they supposed to lose to?

So, across both domestic cups the other top six sides only lost twice to teams outside the top 7 in the Premier League (one on penalties and one was Spurs). In contrast City haven’t actually beaten a team in the top 16 of the Premier League in either domestic cup and somehow got a side fighting relegation in the last 16 of the Champions League while Liverpool and Spurs had the two top in the same league and Utd had PSG!
Micki Attridge

United fans’ fear
Lewis, Busby Way summed up my feelings on City vs. Liverpool for the title pretty succinctly.

A Liverpool won would be intolerable. It would be painted as a sporting miracle on a par with Rocky Balboa having a baby with Seabiscuit, who grew up to lead Leicester to their 2015-2016 league triumph – only more inspirational because Liverpool actually have a better net spend when you factor in the cost of all that beef Rocky ruined when he was training.

It has to be stopped, even if it means City winning the quadruple.
Andy (MUFC)

…I have to take exception to Lewis, Busby Way moaning that nobody would ever hear the end of it if Liverpool won the title.

Is that the same way that Liverpool fans never hear the end of it that they haven’t won a title since 1990? Or that all other fans always get serenaded about United winning the treble in ‘99? I’m pretty sure there is at least one email every week from a United fan that references one or both of those – even more so now that Ole is managing United (who I think is brilliant, by the way).

Quite often the Invisibles season is also mentioned by Arsenal fans. And, yes, you will also hear “five times” sung regularly by Liverpool fans – probably nearly as often as you hear the Gerrard song by supporters of *every* other club. Maybe it’s something about “Aguerrrooooooo”. Or some song about 20 times around Old Trafford. Funnily enough, despite my tone, I don’t begrudge any of this because it’s earned and part of supporting a team.

Therefore to single out Liverpool fans for going on about something that hasn’t even happened yet is a bit much when quite literally all supporters of all clubs reminisce about past glories (or opposition fans singing about past failures) for many years after the event.

Maybe people should just accept that whoever wins the league this year has done remarkably well as it’s entirely possible (and quite likely) that both teams could amass 90+ points and it isn’t in the realms of fantasy that Liverpool could “bottle it” having won 97 points. I genuinely don’t believe Liverpool will win all of their remaining matches, it’s massively unlikely even, but I’m also aware it’s not impossible.

Whoever wins the league will sing and talk about it for quite a while – and deservedly so. I just hope it comes down to the last couple of matches to keep everything interesting/exciting.
Rob, Brighton

…I felt exactly the same way as Lewis, Busby Way, back in 1992, and could have penned the same letter about my dread of Man U finally winning their first title for over a generation. I thought we would never hear the end of it.

You know what? I was right, it was f*cking awful, and it lasted for over 20 years.

Just be grateful Jurgen will only be around for 4 or 5 more years (As will most of this squad). We may not win it this year as City are pretty good, but we will be challenging again next year and for a few after that.

You might want to start getting your head around it.
Mark Robbo, LFC (then Gerrard will replace Klopp?)

Mr De-Motivator
BlueLuke makes a defense for Sarri’s continued employment by Chelsea FC in the mailbox, and makes all good points. However, this quote from the CFC website from Sarri himself makes my point for me.

“Today, Gonzalo Higuain had an opportunity, but too few for him. He had a problem at the start of the week, a strong stomach ache with fever so today it is normal he was able to play for 60 to 65 minutes, but he needs to improve his physical and mental condition”.

So he knowingly started his favorite loanee (who probably won’t be at the Bridge next season) who was, at best, 60% fit, over a guy who scored a hat-trick in Europe on Thursday, and is hungry for more Premier League action, and is openly frustrated at his “supersub” role coming off the bench when all is lost. And I think the subtext also says “he didn’t get enough of the ball, he only converts one chance in (insert number here). Fantastic.

BlueLuke says it’s not Sarri’s fault that he can’t motivate his players, but if he’s insisting on playing favorites, a substandard striker and midfielder and players out of position, not due to injury, but tunnel vision, how motivating is that?

Sarri has Plan A and, Plan A.

I don’t blame the players for not “running through walls” or Brendan’s barbed wire. They don’t want to lose, they don’t play to piss off the fans, they don’t want to mail it in for a paycheck, but when your coach is actively hampering you from delivering the goods due to egotism, there’s a little (human) “ah, f*ck it” reaction.
Steve (Europa final with Giroud scoring the winner, as long as Sarri doesn’t bench him), Los Angeles.

…This Chelsea fan thinks Sarri should stay. Things seemed bleak around the time of the 6-0 humping and the FA Cup exit, but picked up a bit again, before normal service was resumed against Everton. As in plenty of the ball, no clear cut chances, and seemingly conceding or looking likely to concede at any attack.

As yesterday’s game was the game in hand on the rest of the teams fighting for the Champion’s League spaces, it now looks unlikely Chelsea will make it, especially given games against Liverpool and United to come, as well as Watford, Burnley, Leicester, Cardiff, and West Ham. At this point, it really does seem like anyone can beat Chelsea.

But 19 shots against the woodwork, a league high, suggests that it’s not all doom and gloom. Going into what if territory here, but had a couple of those gone in at the right time, maybe Chelsea would be sitting a bit prettier. Sarri is frustrating, but he’s obviously got a plan. Neither Guardiola nor Klopp had the best of starts but look at their teams now. This is his first season outside of Italy, he was a couple of shite penalties and penalty saves away from winning a cup final against a rampant City, his team is currently fighting (and losing) the battle for fourth at the business end of the season in a very competitive year, and looking good in the Europa League, so give the man a break.
Juanito

Milking Messi
Firstly, anyone who doesn’t set aside time to watch Lionel Messi play football at every possible opportunity is missing the chance of a lifetime. Sunday night was actually breathtaking. He’s the best dribbler, passer, finisher and crosser in the world.

I get the debate re Ronaldo – really, I do. But it is important to acknowledge that Ronaldo’s primary function is to score goals, whereas that probably isn’t actually true of Messi. That Messi has a better goal per game rate than Ronaldo speaks volumes.

But regardless of how you view the debate, can we all please stop pointing to Euro 2016 as conclusive evidence. Ronaldo played next to no role in winning the final against France, having gone off injured before making any contribution of note. So Ronaldo led his team to the final of the continental championship (and his team managed to win without him). He also played a key role in reaching the 2004 final (before losing). Messi has led his team to three continental finals and a world cup final. Do you see where I’m going here?

Cascarino had a point
I’m not a huge fan of Tony Cascarino (I used to live in Glasgow and will always think of him as Tony Cantscoreino), but you are doing him a disservice with your, sorry to say,lazy and smug dismissal of him as being, essentially, stupid and xenophobic. It is not only British PFM’s who believe ‘it really helps for your captain to be born in the same country and have a strong connection to the club’. This is a widely held belief across European football. To prove the point, here are some examples of clubs who have a) had lots of excellent foreign players and b) been quite successful:

Real Madrid have had only 1 non-Spanish captain, that was back in the 1940s.

DiamondGeezer365
I really think its time we face the elephant in the room. Mike Paul has taken over football365. He’s so much better than every other contributor that I think its time we do the honourable thing and make it Diamond Geezers 365. I’m sure winty and the rest can help out maybe polishing chugger. Come on Rushden!
Nick (no way NE holds the Saints to 3 WE WERE ROBBED)

…Quick solution to the International break lull – simply chain Mike Paul to his desk until he reaches the Premier League . Then Johnny can write about how Mike should have stayed in the Championship because the Premier League is only for soulless money grubbing bast*rds.
Alan, Cordoba.

Paint job
I was watching WOLMUN at the weekend and noticed mountinho taking corners that barely touched the white D at the corner. I then remembered Rashfords pen vs PSG and the ref made him place it two times as it wasn’t touching the paint. What is this all about? forgive my ignorance or lack of experience in the game, but why? whats a micro amount of paint going to do?

Also another gripe, as we’re nearing tranfer season again – doe anyone else hate those visuals you see on twitter where the players’ old team shirt becomes the new one in a half and half vomit-photoshop job? disgusting. i hate the football media bubble.

if anyone can shed light on these i’ll be grateful. also, nice to hear any othrer gripes – beyond the my team’s poop etc
Louis, MUFC (Ole is a mini fergie)