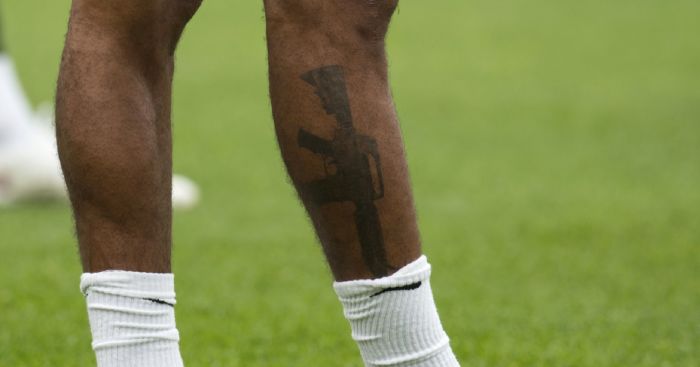 England and Manchester City forward Raheem Sterling has defended his decision to have the likeness of a gun tattooed on his leg.

The 23-year-old’s new body art is highlighted on the front page of Tuesday’s edition of The Sun.

In an Instagram Stories post, Sterling wrote: “When I was 2 my father died from being gunned down to death I made a promise to myself I would never touch a gun in my life time, I shoot with my right foot so it has a deeper meaning N still unfinished.”

On Sunday the former Liverpool player posted a picture of himself training with his England team-mates at St George’s Park, with a tattoo of an assault rifle on his right calf clearly visible.

Alongside the image Sterling wrote: “When you’re training and realised you ain’t post on the gram in couple days.”

When you’re training and realised you ain’t post on the gram in couple days.📸