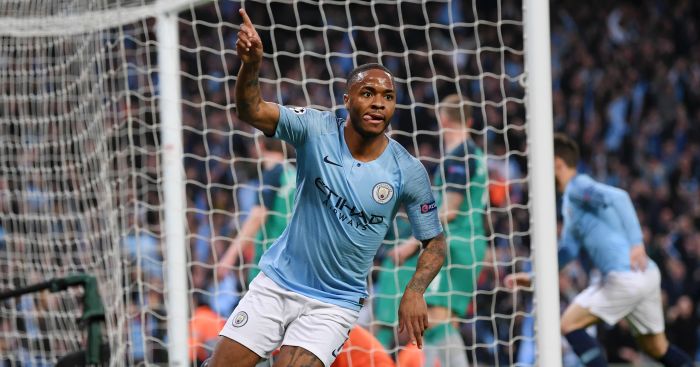 Manchester City forward Raheem Sterling has been voted the 2019 Footballer of the Year by the Football Writers’ Association.

The England international topped the poll of the 400-strong FWA membership as a clear winner, with some 62 per cent of the votes. He was more than 100 ahead of Liverpool defender Virgil Van Dijk. Sterling’s team-mate Sergio Aguero was in third place.

The FWA Women’s Footballer of the Year award for 2019 is Manchester City’s England forward Nikita Parris, who won the vote of an FWA panel of experts by the narrowest of margins from Arsenal and Holland striker Vivianne Miedema.

On Sunday evening, Sterling, 24, was announced as the 2018-19 Professional Footballers’ Association Young Player of the Year.

As well as being a key man in Pep Guardiola’s side as they battle with Liverpool for the Premier League title, Sterling has also received praised for the strong stance he has taken against racism in the game, having himself been subjected to abuse.

Sterling has scored 29 goals for club and country, including a hat-trick for England in the opening Euro 2020 qualifier against the Czech Republic at Wembley, while also helping Gareth Southgate’s young squad reach this summer’s Nations League finals.

It was Sterling who converted the decisive spot-kick as City beat Chelsea on penalties to win the Carabao Cup final during February – and the forward could also yet end up with an FA Cup winners’ medal.

Sterling will be presented with the Footballer of the Year trophy, which has been awarded since 1948, at The Landmark London on May 9, when Parris will also collect her accolade.