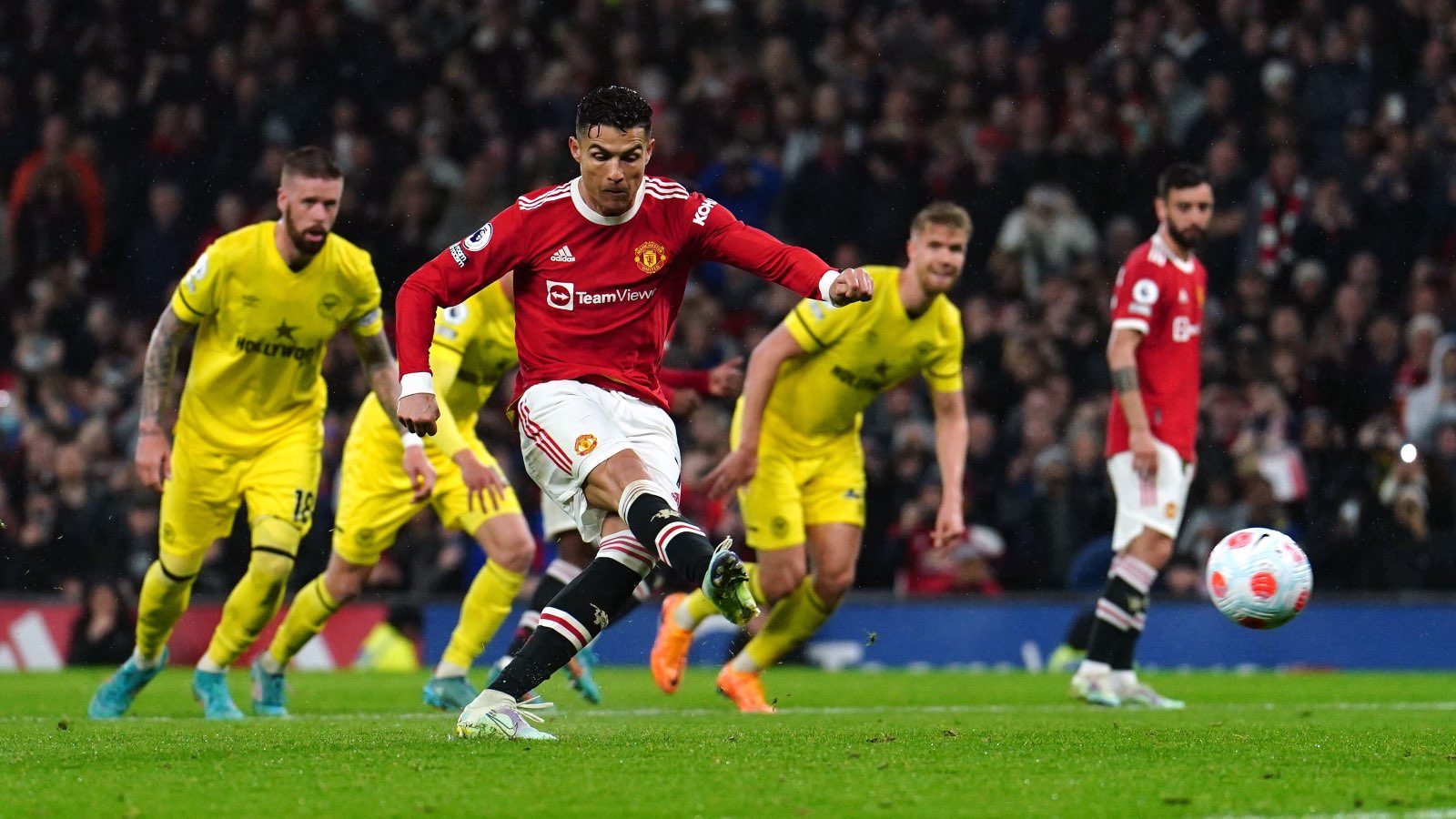 Manchester United enjoyed a comfortable 3-0 win against Brentford in their final home match of a miserable season as Old Trafford bid farewell to Ralf Rangnick and some players amid more protests against the Glazer family.

Monday marked a year since the postponement of the Red Devils’ home clash against Liverpool, when fans made their anger at the ownership clear in the wake of the European Super League debacle.

Supporters have protested at each of United’s final three home games and the anti-Glazer sentiment was clear before and during the victory against Brentford at Old Trafford.

This was the first match that Thomas Frank’s Bees had lost with Christian Eriksen in the starting line-up and there were times before and after Bruno Fernandes’ early opener that the Dane threatened to unlock the hosts.

A narrow offside decision denied Cristiano Ronaldo before half-time, but the veteran would get on the scoresheet after converting the spot-kick foolishly given away by Rico Henry.

Raphael Varane hooked home a deflected third as fans gave standing ovations to departing Nemanja Matic and Juan Mata as they were substituted on their final Old Trafford appearances.

There were renewed chants against the Glazers in the 73rd minute, when a few departed rather than the mass exodus planned ahead of a huge summer in every department at United.

Brentford may find the scoreline hard to swallow given the impressive moments they showed during their first competitive match at Old Trafford since 1975.

Eriksen pulled the strings from the outset and put Bryan Mbeumo behind dozy Alex Telles in the opening seconds of a match that saw the Stretford End applaud the Denmark international at their first corner.

Brentford played with confidence under the Old Trafford floodlights but United would strike an early blow, with Diogo Dalot sending Anthony Elanga scampering down the right.

The 20-year-old – one of few bright spots for United this term – fizzed over a cross that Fernandes crashed home in the ninth minute.

Eriksen attempted to catch out David De Gea with a snapshot when Brentford returned to the attack and provided a brilliant cross that Ivan Toney headed over from close range.

While the Brentford playmaker probed, Ronaldo was proving a handful at the other end.

From backheels to forcing David Raya into an awkward save from a long-range free-kick, then furiously claiming he should have had a penalty following Mads Bech Sorensen’s challenge. Referee Chris Kavanagh was unmoved.

Next Ronaldo smartly flicked into Mata, who lashed narrowly wide of the near post on his first Premier League start of the season.

Mbeumo flashed wide as the Bees swarmed forward and Eriksen continued to impress, only for United to celebrate a second.

Mata broke down the left and sent a low cross that Ronaldo squeezed past Raya. Provider and scorer celebrated together, only for the goal to be ruled out following a VAR review.

That decision gave Brentford renewed hope of a famous result and De Gea denied Eriksen’s stinging 30-yard free-kick in the second half, then stopped Toney with his feet.

But it was not all one-way traffic and Raya tipped a Dalot effort onto the woodwork after a one-two with Ronaldo, who had strayed offside in the build-up.

Fernandes fizzed across the face of goal having been found by Matic before United created breathing space in the 61st minute.

Ronaldo was bundled over in the box by Henry and the veteran sent Raya the wrong way in front of an elated Stretford End.

There were standing ovations for Matic and Mata as they were substituted in the final home match before their contracts expire, with the latter able to celebrate a third goal before being replaced.

Pontus Jansson nearly turned a Ronaldo cross into his own goal but it went behind for a corner, which Telles swung over for Varane to hook in via a deflection.

The planned walk out 17 minutes from time saw some exit but not the masses some expected as flares filled the air and chants increased in volume.

Substitute Edinson Cavani looked desperate to score on what is surely his last Old Trafford appearance, but the closing stages petered out and Brentford failed to score a consolation.