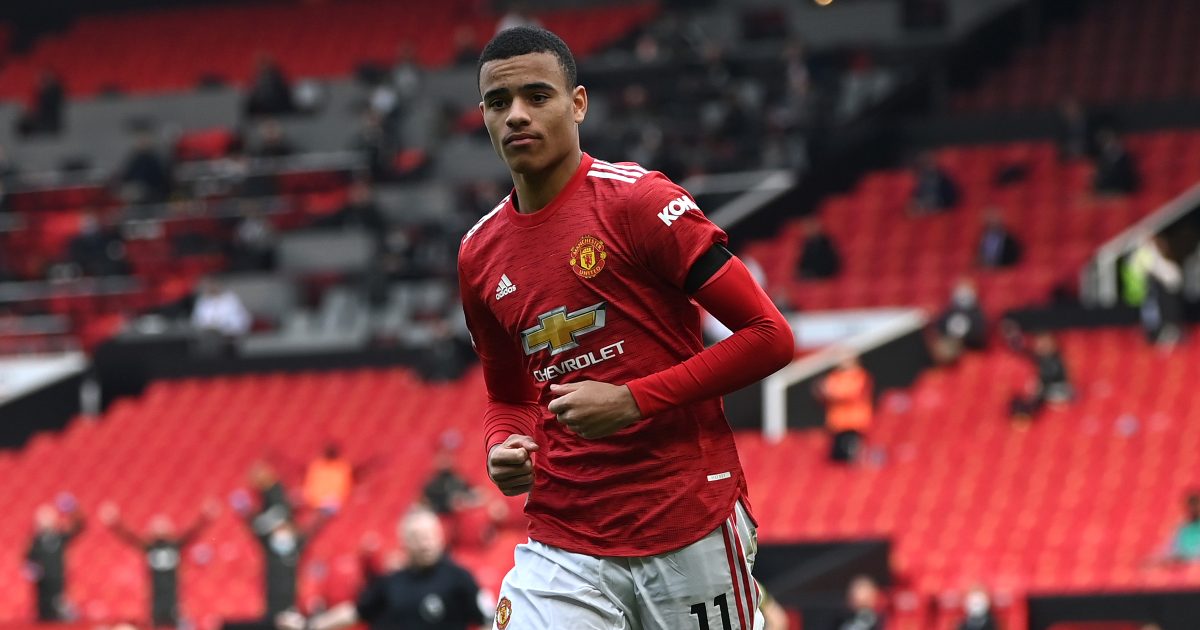 Mason Greenwood netted twice in the second half to help Man United to victory over Sean Dyche’s spirited Burnley.

It looked set to be a frustrating outing for the Red Devils as Greenwood’s 48th-minute opener was almost instantly cancelled out by James Tarkowski for Burnley, who had not lost on their previous four visits to Old Trafford.

But Greenwood’s deflected strike in the 84th minute put his side ahead again before substitute Cavani added gloss to the scoreline as United kept their remote hopes of reeling in their crosstown rivals alive.

Ole Gunnar Solskjaer’s side were far from fluent – and had some luck in the opening seconds as Chris Wood saw his header ruled out for a marginal offside call – but this was their fifth successive league victory.

Marcus Rashford, doubtful beforehand because of a foot complaint he has been managing for the last few weeks, was influential for United but he was withdrawn before Greenwood and then Cavani made sure of a win for the hosts.

A third successive defeat was cruel on 17th-placed Burnley, who find themselves six points above the drop zone after Fulham’s draw at Arsenal earlier on Sunday.

They almost made a dream start when Dean Henderson hared off his line to meet a floated ball forwards from Matt Lowton, only to be beaten in the air by Wood, who had strayed half a yard offside before heading into an empty net.

It was a huge let-off for United, who gradually gained the upper hand, with Paul Pogba, in the news this week for comments about former boss Jose Mourinho, having a header that seemed destined for the top corner but was finger tipped on to the outside of the post by Bailey Peacock-Farrell.

Wood continued to prove a thorn by forcing Henderson to save low after a quick Burnley counter-attack, while at the other end Bruno Fernandes curled wide and Peacock-Farrell palmed over Rashford’s strike from an acute angle.

Rashford went down in the area, seemingly anticipating contact from Peacock-Farrell that never came, as United’s appeals for a penalty were turned down while the England forward’s deft volley along the six-yard area just evaded a connection from the diving Greenwood.

It was far from a one-sided first half, though, with Wood heading wide before just failing to latch on to Josh Brownhill’s knock-on following Dwight McNeil’s free-kick into the area on the stroke of half-time.

United brought on Cavani at the start of the second half, necessitating a switch in flanks for Rashford, who had an immediate impact down United’s left with an assist for Greenwood’s third goal in three league games.

After collecting the ball from Luke Shaw, Rashford ghosted past Lowton and dribbled into the box before squaring for Fernandes, who allowed the ball to drift through his legs for an unmarked Greenwood to side foot first time beyond Peacock-Farrell.

Their lead lasted just 114 seconds, though, as Tarkowski shrugged off Aaron Wan-Bissaka before getting the better of United captain Harry Maguire in an aerial battle to head beyond Henderson from Ashley Westwood’s corner.

Henderson once again looked ill-at-ease from a long ball forward and clattered into Victor Lindelof after racing out of his area although United managed to clear their lines, while former Old Trafford academy player McNeil saw his effort bizarrely blocked by Burnley team-mate Brownhill.

Rashford seemed to get in a tangle and miscontrolled when he was put through but United hit the front again six minutes from time courtesy of Greenwood’s second- albeit fortuitous – goal.

There looked to be little impending danger when Greenwood had a speculative shot from the right side of the area but the ball took a cruel deflection off Jack Cork, wrongfooting Peacock-Farrell, before sailing into the net.

Donny Van De Beek, who had replaced Rashford moments before Greenwood’s second of the afternoon, then unselfishly teed up Cavani in the third minute of added-on time for a tap in that ensured United would not be caught.